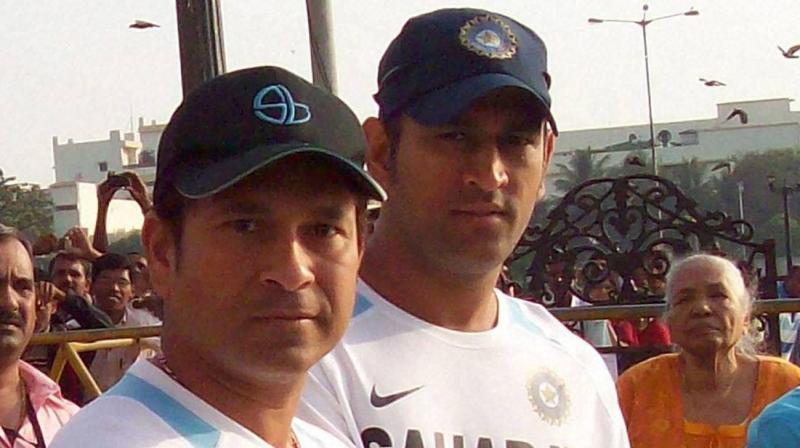 New Delhi: Out-of favour Pakistan wicket-keeper Kamran Akmal feels his banned younger brother Umar should learn from the exemplary conduct of Sachin Tendulkar, MS Dhoni and Virat Kohli both on and off the field.

Umar was slapped with a three-year ban from all forms of cricket by the Pakistan Cricket Board (PCB) for his failure to report corrupt approaches ahead of the Pakistan Super League.

"My advice for Umar is that he has to learn. If he has made a mistake, he must learn from others. He is still young. There are many distractions in life," Kamran said on a chat show 'Cow Corner Chronicles'.

"But he must learn from say Virat Kohli. In the early days of IPL, Virat was different and then he changed his attitude and approach. Look how he has turned into world's number one batsman," he added.

Kamran said he can also benefit from observing the conduct of Tendulkar and Dhoni who have always stayed clear of controversy.

"There is our own Babar Azam who is now in the top three in the world. Then there are other examples like Dhoni. Look at the way he led his team. Then Sachin paaji who was always away from controversies. These are fantastic examples before us.

"We should observe and learn from them. They only looked at the sport. Off the field, their behaviour was impeccable with their fans and they are fine ambassadors for the sport. We can only benefit from their examples."

Kamran feels his younger brother was handed a harsh punishment. "He can never do what the media says he did. He may have reported late, but PCB should deal with him like anyone else. Cricket is our bread and butter.

Most famously, Kamran clashed with Gautam Gambhir during the 2010 Asia Cup in Dambulla and later with Ishant Sharma during a T20I in Bengaluru in 2012-13.

"It was all due to misunderstanding and happened in the heat of the moment then. Gautam and I are good friends because we have played a lot in ‘A' cricket. We meet regularly, have food together."

"It was all due to me not understanding what he said. The same with Ishant at Bangalore. You know me I don't say much on the field. Both Gautam and Ishant are very good guys. We respect them and they respect us. What happens on the field, stays there", he said.