Tim and Tom broke the monopoly of Boult, Wagner, Williamson and Taylor who won these awards over the last 5-6 seasons 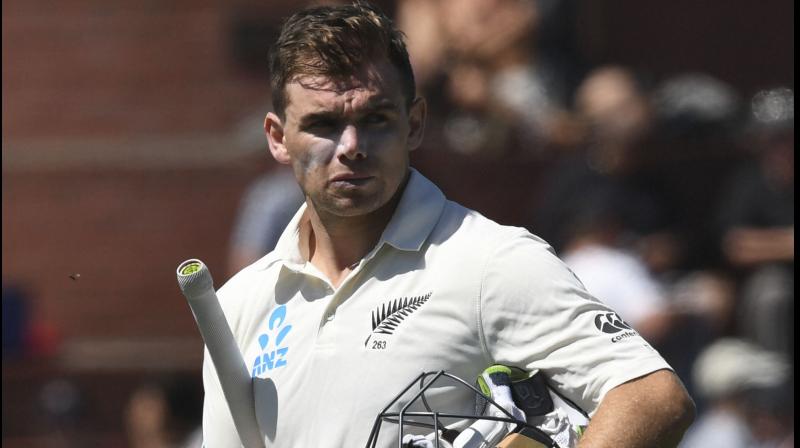 Wellington: Opener Tom Latham has won the Redpath Cup as New Zealand's best batsman, breaking a seven-year streak in which the trophy was won by either Kane Williamson or Ross Taylor.

Latham won the annual award for the first time after scoring 608 runs in nine tests at an average of 40.53. His best innings was his 154 against Sri Lanka in Colombo in August which helped New Zealand win the second Test and level the two-match series.

Latham was selected as an opener in the International Cricket Council's World Test Team of 2019.

"This season we faced some of the very best bowling attacks in the world and Tom was an absolute rock at the top for us," New Zealand coach Gary Stead said.

Tim Southee won the Windsor Cup as New Zealand's best bowler for the first time since 2014. The trophy has been won by either Trent Boult or Neil Wagner over the previous five seasons.

Southee took 40 wickets at an average of 21.47 in the awards periods, contributing to test match wins over Sri Lanka in Colombo, England in Mount Maunganui and India in Wellington and Christchurch.

"The way we played our Test cricket at home this summer was especially pleasing," Stead said.

"To beat England first up was a great effort and then to perform so well against a very good Indian side was immensely satisfying."

The trophy winners were unveiled Wednesday on the second day of New Zealand Cricket's virtual awards ceremony, with organizers going digital for the first time.

New Zealand finished off its home schedule for 2019-20 with back-to-back test wins over India in February, then had its limited-overs series in Australia disrupted because of border closures and travel restrictions implemented because of the coronavirus pandemic.