'We didn't play to our potential, no point blaming pitch': KKR CEO Mysore 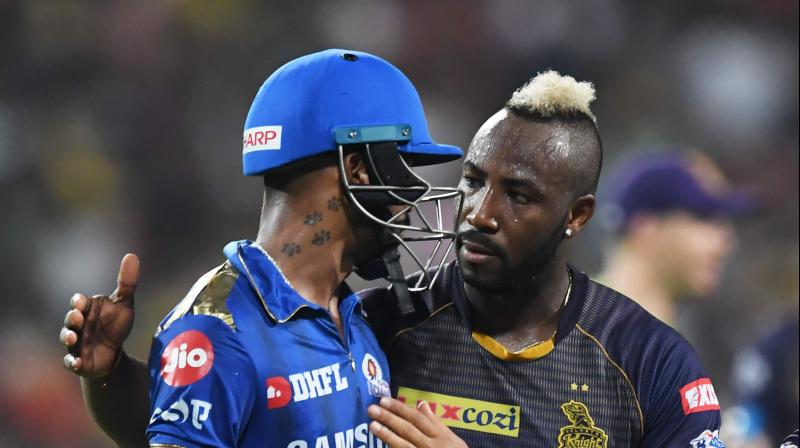 KKR are currently placed fifth after winning a high-scoring encounter against Mumbai Indians and will be aiming to sneak in as the third or fourth team in the play-offs. (Photo: AFP)

Kolkata: Kolkata Knight Riders CEO Venky Mysore admitted that the team didn't perform to its potential in the ongoing Indian Premier League, where they are in danger of losing out on a play-off spot.

KKR are currently placed fifth after winning a high-scoring encounter against Mumbai Indians and will be aiming to sneak in as the third or fourth team in the play-offs.

"In all fairness, we have probably not played to our potential. If some of the results had gone our way, we would not be talking about the conditions, pitch and all that," Mysore said when asked if the flat batting track at the Eden Gardens had been an issue.

The two-time IPL champions main strength over the years had been their spin bowling but the pitch, which was re-laid two years ago, it has turned into a batsman's paradise.

Mysore however didn't deny that they have been let down by the Eden track.

"You build a team based on your home conditions primarily because you're playing seven games there. So it's been slightly unusual in that sense. That's (home advantage) a good thing and that's how rivalries are built up," Mysore told reporters at the sidelines of a charity event.

Mysore said the IPL franchise will hold discussions with the Cricket Association of Bengal (CAB) brass, including president Sourav Ganguly on getting back the home advantage but there's no question of moving away from the city.

"We will try and continue to have good discussions with the CAB, curator, the president and others to make sure that as home team we should have some advantage."

However there is no reason to find a second home base insisted Mysore.

"We are a Kolkata team. The kind of love affair, romance that has built up between KKR, the city and the fans is most gratifying. The team also recognises it. We are grateful for that. The kind of support we get here is incredible," Mysore said.

"Until yesterday, we had lost six in a row but every game was pretty much sold out. Fans have come cheering all the way. That's great to see. That just shows, while losing is frustrating for everyone, the support remains and it continues. So there is no question of that type of a thought process."

World Cup-bound Karthik had come under a lot of criticism in his second year as skipper. Without naming anyone, KKR's biggest impact player this season Andre Russell had openly criticised some "bad decisions" taken by the team in choosing wrong bowlers and had wanted to bat higher up the order.

Russell was promoted to No 3 on Sunday, as he played an unbeaten 80-run knock as KKR snapped their six-match losing streak.

Head coach Jacques Kallis said it was a collective decision to send Russell at No 3.

"We are a team that plays according to the situations. We had a good start so we decided that Russell bats higher up to get maximum number of overs. Fortunately it worked for us," the South African great said.