Against Shane Warne, he came three paces out to hit an unbelievable on-drive and went back to a more flighted delivery and pulled: Chappell 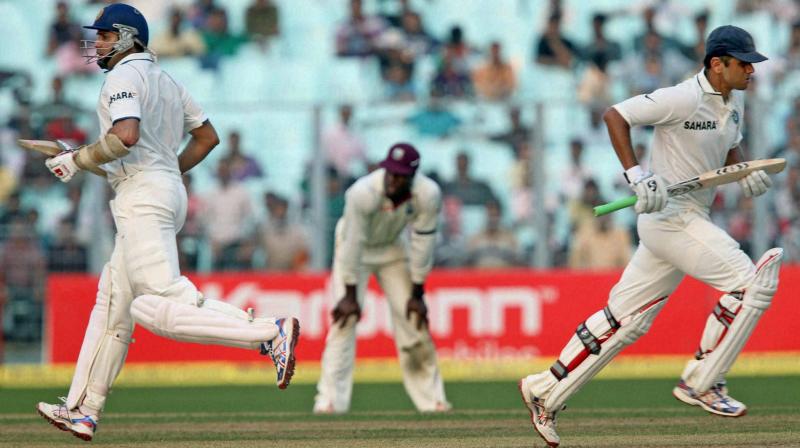 Melbourne: Former Australia captain Ian Chappell has picked his two all-time favourite innings against high-quality spin bowling and one of those is VVS Laxman's iconic 281 at the Eden Gardens in 2001.

Thanks to Laxman and Rahul Dravid (180), India went on to win the game against Australia after following-on.

"The absence of any cricket (due to the COVID-19 pandemic) gives me an opportunity to reflect on an aspect of the game I enjoy: watching a batsman utilise good footwork to combat top-class spin bowling. Two innings stand out: one played by India's VVS Laxman, the other by Doug Walters of Australia," Chappell wrote in a column for ESPNcricinfo.

Laxman and Dravid shared a marathon 376-run stand to engineer an unforgettable win for India. Chappell was simply in awe of Laxman's batting as the wristy Indian batsman toyed with the likes of Shane Warne.

"Laxman's incredible 281 at Calcutta in 2001 is the best I've seen against top-class leg-spin. At the conclusion of that exhilarating series I asked Shane Warne how he thought he bowled.

"I don't think I bowled that badly," he replied. "You didn't," I responded.

"If Laxman comes three paces out of his crease and hits an unbelievable on-drive against the spin and you then flight the next delivery a little higher and shorter to invite another drive and instead he quickly goes onto the back foot and pulls it, that's not bad bowling. That's good footwork.

"Laxman regularly did this during his 452-ball stay, in which he hit 44 boundaries. Therein lies a clue to Laxman's success: he consistently hit the ball along the ground," said Chappell, also praising Laxman's temperament.

Talking about fellow Australian Walters, Chappell called him the best player against spin. "Walters scored a Test century in a session three times. There are no complete records regarding this feat but I suspect only Sir Donald Bradman did it more often.

"Walters was the best player of off-spin bowling I have seen; he didn't just survive against the very best, he occasionally battered them into submission. He scored a sublime hundred on a Madras minefield in 1969, facing the off-spin wizardry of Erapalli Prasanna, clubbing 14 fours and two sixes in the process," said Chappell.