Aware that there won't be any cricket for the next 3-4 months, Vihari looks forward to his English County stint from late August 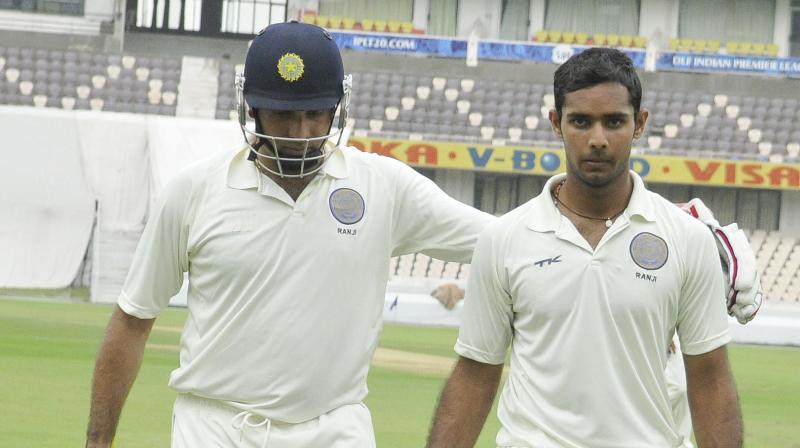 Hanuma Vihari being patted by his senior Hyderabad pro VVS Laxman during a Ranji Trophy match at Hyderabad in 2011. DC File Photo

New Delhi: Confined to his home due to the nationwide lockdown, India cricketer Hanuma Vihari says he will use the time to "sharpen" his skills for the Australian tour, scheduled towards the end of the year.

As with other sports across the world, cricket has also come to a standstill because of the Covid19 pandemic.

"I am using this time to focus on my fitness, sharpen my skills for county cricket as well as the Australia tour later this year," Vihari, who was part of India's last tour of New Zealand, was quoted as saying by 'ESPNcricinfo'.

Though there is a lot of uncertainty over when sport will resume, the middle-order batsman said he has his "fingers crossed".

"Mentally I am trying hard to keep myself positive and busy. My challenge is: there is no cricket for the next three to four months. I do have a summer to look forward to having signed with a team in the English County Championship, where my contract starts from late August. Fingers crossed about that."

Vihari added that this forced break will ensure he is home for his first marriage anniversary on May 19, which might not have been the case otherwise.

With nothing much to do at home, he said he has been watching clippings of the 2005 Ashes.

"I know boredom will set in easily, but I have a solution for that: watching the 2005 Ashes on video. It is my favourite. I have lost count of how many times I have watched it.

"Also, I have been planning on taking up yoga. It's something I have thought of doing for a year, in fact."