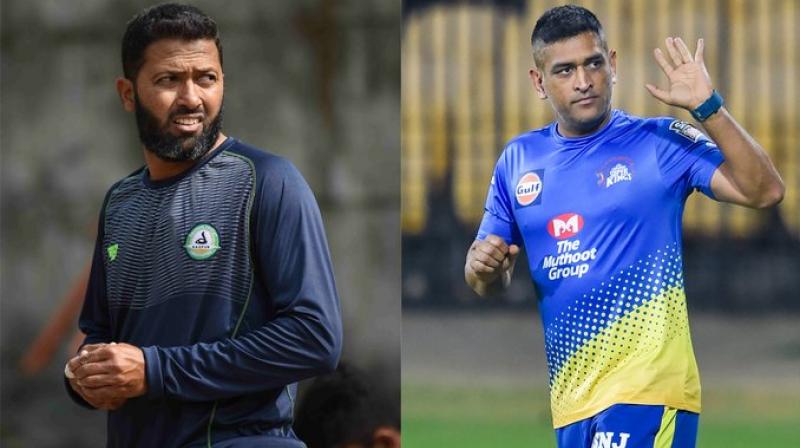 Dhoni, who has captained India to the 2007 T20 World Cup and 2011 50-over World Cup titles, is a revered figure in world cricket but Jaffer, who had shared the dressing room earlier in his career, said once Dhoni had told him that all he wanted was to "make 30 lakh from playing cricket".

"In his 1st or 2nd year in Indian team, I remember he said, he wants to make 30 lakhs from playing cricket so he can live peacefully rest of his life in Ranchi," Jaffer answered on his twitter handle to a query from a fan on Saturday.

The Mumbaikar, who earlier this month retired from all forms of cricket, was replying when a fan asked him his favourite memory with MS Dhoni.

Dhoni has not played for India in the last eight and a half months, ever since the World Cup semifinal loss against New Zealand.

He was supposed to make a comeback at the IPL, leading his team Chennai Super Kings but the cash-rich tournament, which was originally scheduled to begin on Sunday, was postponed due the COVID-19 pandemic.