'Will be bloody hard to fit disgraced smith and warner to WC squad': Finch

Both Smith and Warner are eligible to return to the national side after their 12-month suspensions for ball-tampering ended on Thursday. 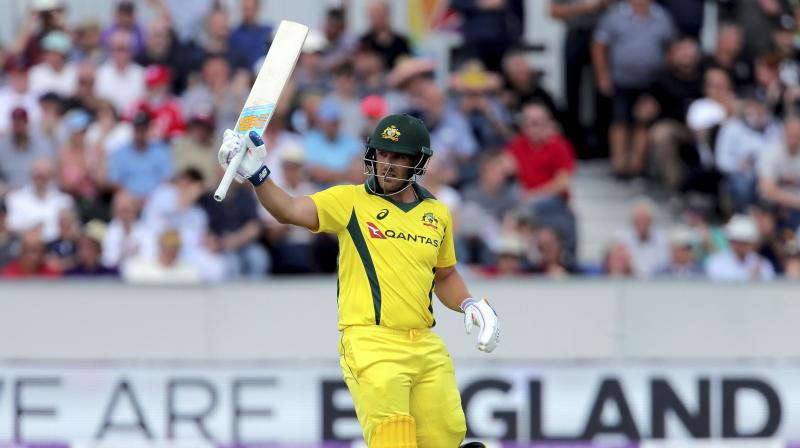 Finch said it would be tough for selectors to decide who to leave out of the 15-man squad for the May 30-July 14 World Cup in England. (Photo: AP)

Melbourne: Fitting the disgraced duo of Steve Smith and David Warner into Australia’s World Cup squad will be “bloody hard” given the side’s resurgence without them, according to captain Aaron Finch.

Both Smith and Warner are eligible to return to the national side after their 12-month suspensions for ball-tampering ended on Thursday.

Australia beat Pakistan in Abu Dhabi on Wednesday to take an unassailable 3-0 lead in their five-match ODI series, and have now won six matches in succession after coming back to defeat India 3-2 away.

Finch said it would be tough for selectors to decide who to leave out of the 15-man squad for the May 30-July 14 World Cup in England.

“Especially when the side is playing so well, it’s going to be difficult. No matter who it is.

“At the end of the day ... it’s an incredibly tough decision. Whatever balance you go with in that 15-man squad, there’s going to be some very unlucky blokes out there.”

One could be Usman Khawaja, formerly a fringe member of the one-day side, who has flourished opening the batting with Finch since his recall in January, with 609 runs at an average of 55.36.

The left-hander could make way for Warner, who has scored more than 4,300 one-day runs and 14 centuries, in an explosive opening combination with Finch.

Smith, who has only just returned from elbow surgery, would complement a middle order of Shaun Marsh and Peter Handscomb, with all-rounders Marcus Stoinis and Glenn Maxwell providing power-hitting through the lower-middle order.

Having struggled for a period without Smith and Warner, Finch’s side have shown the kind of form that propelled them to a fifth World Cup title four years ago on home soil.

Finch said consistency of selection had aided their turnaround.

“The fact that guys are getting more of an opportunity to keep developing their role, and developing the role they’ve been asked to play or the game demands, is gold,” he said.

“That probably goes under the radar a little bit when you’re looking at teams that have been successful in the past.

“That goes a long way, not just to your culture but just an understanding of how each other plays.”