Sports   Cricket  29 Mar 2019  ‘When you contribute to team’s winning cause you feel better’: Finch
Sports, Cricket

‘When you contribute to team’s winning cause you feel better’: Finch

The captain was going through a bad patch as he recorded just 93 in the third ODI at Ranchi in the recently concluded series against India. 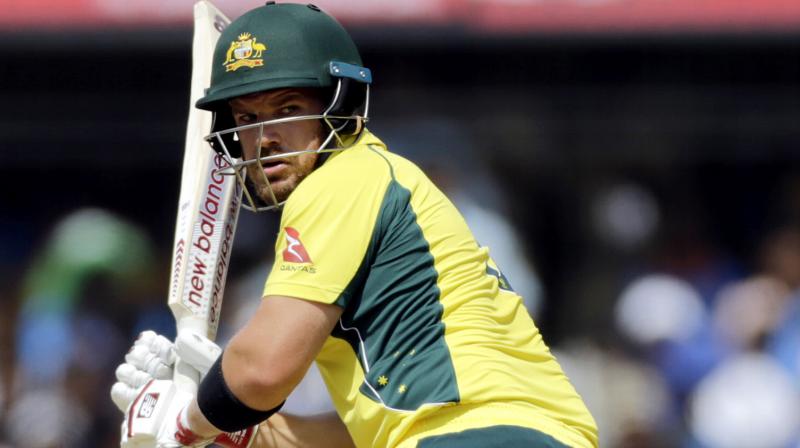 The captain on Thursday said that contributing to the team's string of wins makes him feel better. (Photo: AP)

Dubai: Aaron Finch, the Australian skipper is riding high as his team has won six consecutive ODI matches in a row and his form has been exceptional in the ongoing series against Pakistan recording scores of 116, 153* and 90 in the three matches.

The captain on Thursday said that contributing to the team's string of wins makes him feel better.

"Winning is the most important thing and being able to contribute to that with the bat is obviously important, and it makes you feel better, you do not lose as much sleep worrying about a lot of the stuff that occupies your mind as a captain [and] really worrying about your own form, your own technique, things that could go wrong. At times you get into quite a negative frame of mind when things aren't going your way," International Cricket Council (ICC) quoted Finch as saying.

The captain was going through a bad patch as he recorded just one fifty-plus score (93 in the third ODI at Ranchi) in the recently concluded series against India. He said that Indian bowlers were all over him in the ODI and Test matches, but he admitted that getting that one fifty-plus score was nice for him.

"India – they were probably all over me for a couple of games there in the Tests. Then the ODI series in Australia as well," he admitted. "So to get some runs at the back end of that series in India get a 90 and contribute with a couple of other starts was nice," Finch said.

"It never takes the pressure off, because you are always wanting to lead from the front in every game and have that match-winning contribution. [But] it is been nice to set us up for a couple of really big match-winning partnerships," he added.

Australia, after winning the third ODI against Pakistan, has taken a 3-0 unassailable lead in the five-match series.

Australia would look to keep their winning juggernaut going when they take on Pakistan in the fourth ODI today.