Hyderabad lad Bavanaka Sandeep shares his excitement on being picked by Sunrisers Hyderabad for the upcoming IPL season. 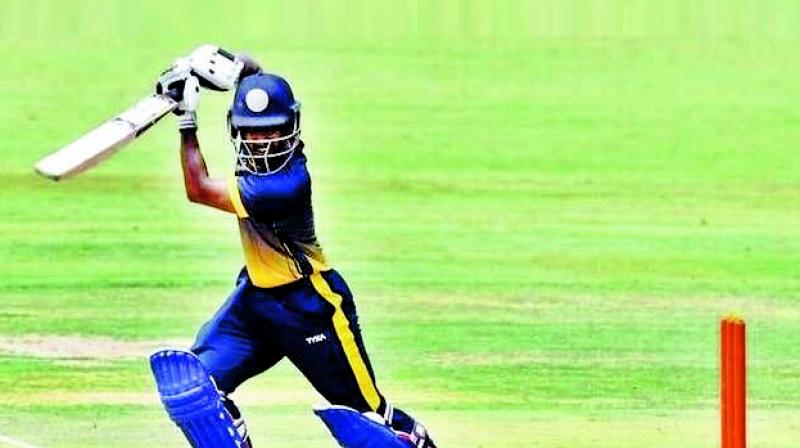 The graceful left-hander was auctioned at a base price of `20 lakh by the Sunrisers Hyderabad franchise.

Last week, on a chilly December evening, after the day’s play ended, Bavanaka Sandeep, the Vice-Captain of the Hyderabad team that played against Punjab in Patiala, sat watching the IPL auction live in his hotel room with his physiotherapist.

And even as the young cricketer was growing increasingly nervous as the auctioneering continued, the big news finally sent him into an elated ecstatic moment of joy and relief. The graceful left-hander was auctioned at a base price of `20 lakh by the Sunrisers Hyderabad franchise.

“When the news came in, I was thrilled and excited. All my fellow cricketers congratulated me. Now, I am more than ever determined to prove my mettle in the tournament,” expresses Sandeep.

Watching his excitement, we cannot resist but ask him whether he expected the call. “Honestly, yes, I was. For the last three years, I’ve been playing well in the domestic season and with the white ball. But I guess my performance in the Mushtaq Ali Trophy (domestic T20 tournament) was the key to my selection in the IPL,” reveals the athletic fielder who chips in with his left arm spin.

The excitement of clinching a deal

So what does being part of the most happening tournament (IPL) mean to him? “I am certain that I’ll get a great exposure because IPL has been an ideal platform, providing many with a very exciting learning curve as well as opportunity to play at the next level. Also, it’s been a great platform for several cricketers to make it to Team India. The tournament too has changed completely over the years and I’ve been trying to get into IPL. So, yes, I am very excited that I will finally be playing in the IPL,” elaborates the 27-year-old cricketer. Sandeep goes on to acknowledge how his training stint under Coach John Manoj at the St John’s Sports Coaching Foundation helped his rise as a batsman. Then talking about how he is looking forward to better his game knowledge in the forthcoming season he adds, “Getting an opportunity to share the dugout with people such as V.V.S. Laxman and Dave Warner is in itself a big thing. I strongly believe that I can get to learn a lot more about the sport from these greats and further nurture my game.”