In scorching heat in the fourth Melbourne Test, England bowled out the Australians for 327. 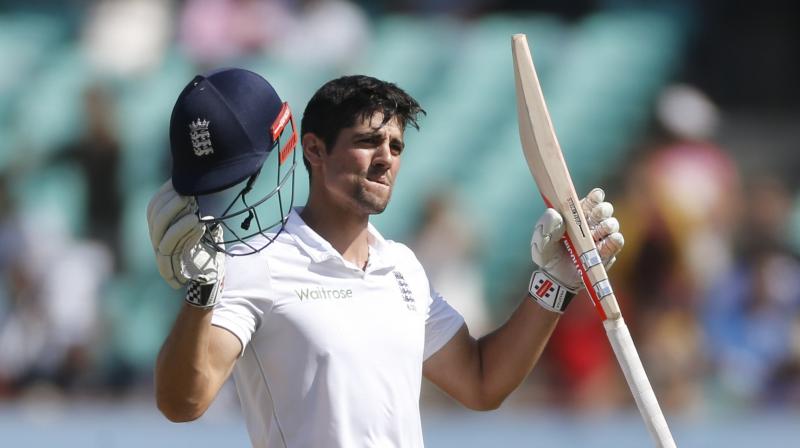 Melbourne: Alastair Cook was urged to capitalise on his drought-breaking, unbeaten century after England’s much-maligned old guard finally enjoyed a day to remember in the Ashes series on Wednesday.

At 3-0 down after three Tests, the Ashes urn is already lost to Australia but Cook and Stuart Broad both showed their careers are not over just yet after critics had questioned their place in the England team. In scorching heat in the fourth Melbourne Test, England bowled out the Australians for 327, with 113-Test paceman Broad capturing four wickets for 51 runs in his best bowling performance in more than a year.

Cook then ended a 10-innings stretch without a half-century, the longest dry spell of his 151-Test career, to claim his 32nd Test ton in the day’s final over. At the close, England were 192/2 and trailing by 135 runs with Cook, playing in an English-record 34th consecutive Ashes Test, unbeaten on 104 and skipper Joe Root on 49 in an unbroken 112-run partnership. “He’s always been a very tough character, mentally strong guy and he was always going to come good at some stage,” Broad said of Cook.

“I think Cookie has always had these periods in his career where he might not score the runs he wants but then he gets a really big score.

“He’s someone who doesn’t just deal in little hundreds, he just seems to go big and as part of the bowling unit I would like him to do the same tomorrow.”

Cook had a huge let-off on 66 when rival skipper Steve Smith put down a two-handed chance after a couple of grabs at the ball in the slips off Mitchell Marsh. But apart from the drop, it was more like the former captain’s signature batting after just 83 runs in his previous six innings of the series.

The Aussies claimed two wickets with Josh Hazlewood trapping James Vince for 17 and Mark Stoneman out to a blinding one-handed return catch by Nathan Lyon for 15.