The 29-year-old scalped two wickets in the first T20I and returned with the figures of 2-18 in his four-over quota. 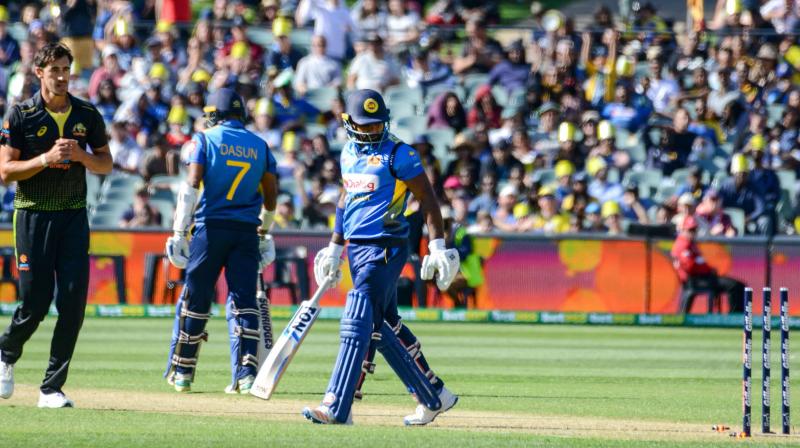 The 29-year-old scalped two wickets in the first T20I and returned with the figures of 2-18 in his four-over quota.

Talking about Starc's replacement fellow fast bowler Pat Cummins said that Billy Stanlake or Sean Abbott will get a chance in the playing XI.

"Billy Stanlake's been in the squad here (in Brisbane), home ground, he might get first crack. Or else you go for the more death-bowling option of Sean Abbott," cricket.com.au quoted Cummins, as saying.

On Sunday, Australia defeated Sri Lanka by 134 runs in the first T20I to register their biggest win by runs at Adelaide Oval. David Warner's maiden ton and Glenn Maxwell's quick 62 runs guided Australia to 233/2. Chasing the target, Sri Lanka were only able to score 99/9 in the 20 overs.

Australia had a 1-0 lead in the three-match T20I series and will now face Sri Lanka in the second game at Brisbane on October 30.