The off spinner may have been benched in the first test in the West Indies, but he is likely to be back in the XI when a home test comes up. 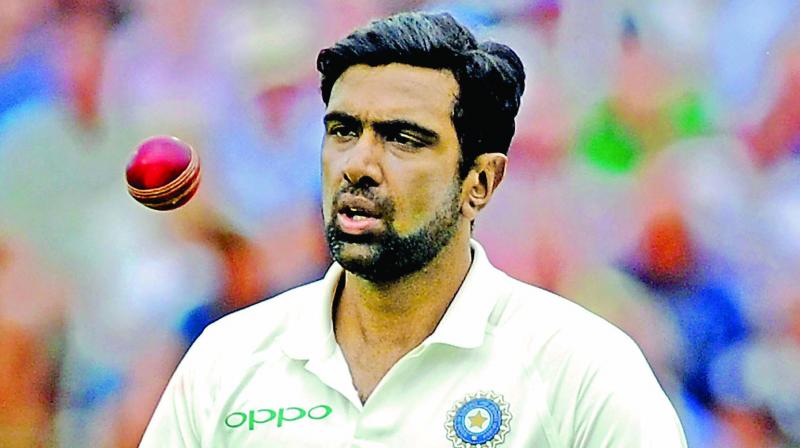 Is this the end of the road for Ravichandran Ashwin? Probably not as he is bound to figure in home tests as the first choice specialist spinner. But he was benched in the Caribbean, as was Kuldeep Yadav, while faith was shown in Jadeja as the bowling all-rounder capable of producing runs. Conspiracy theories abounded over treatment meted out to Ashwin with his fans blaming the captain and coach for keeping him out of a test match after having effectively blackballed him from the ODIs.

The  all-rounder’s career has been on a downswing. Ranked 10 now on the ICC test bowlers’ list, he had slipped to way below spin colleague Ravindra Jadeja who is ranked five. And when Team India chose Jadeja over Ashwin, there was heartburn among fans of the off spinner who had been the top ranked Test bowler for quite a while in the most productive phase of his career.

The engineer who loves to experiment with bowling styles was seen trying out whacky innovations in the recent TNPL, bowling without the support of his front shoulder and even sending down genuine leg breaks, besides the carrom ball. The swashbuckling Jadeja, who celebrates his batting deeds with a willow-wielding routine more akin to brandishing a sword, had a successful Test match in Antigua, which means Ashwin won’t get a Test to play in the Caribbean this tour.

Team composition meant there was only one place for a spinner in an overseas test and the vote went to Jadeja, with a bigger claim perhaps to batting ability although Ashwin has been a gritty performer with the bat in home series. When Jadeja made a statement about repaying faith, the skipper had reposed in him during the Antigua test, the writing on the wall is pretty clear for Ashwin in the two-test series.

The Kohli-Shastri duo, who have control over choice of playing XI on tour along with the vice-captain, have ended to show where their preference of players lies. But the time to replace him with the younger lot like Yadav has not come yet. It is an indication of where Ashwin’s career lies that Kings XI Punjab has decided not to entrust him with the captaincy for longer. The team didn’t get into the knockouts in his two years at the helm. He did not exactly endear himself to cricket lovers by his Mankading Jos Buttler in the IPL and he has suffered a huge image hit after that.

Seen as an innovator and thinking cricketer, if a somewhat quirky one, and somewhat opinionated considering how the busy he is as a Twitterati, it was on the cards that anytime he was not selected the omission would become a 'conspiracy'.  Let it be said that there was no place for him in the Caribbean test series but, as they say, you can't keep a good man down and Ashwin will come roaring back soon.