Instead of them, umpires Marais Erasmus and Ruchira Palliyaguruge will head to Manchester. 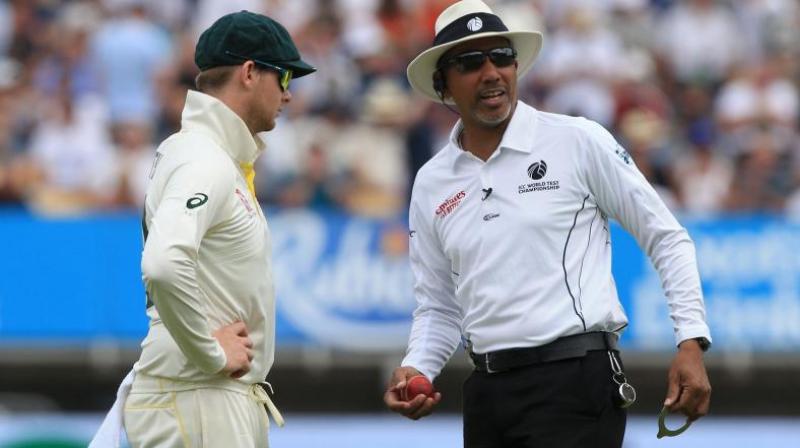 A series of umpiring howlers from Joel Wilson and Chris Gaffaney spoiled the entire tempo of the matches. (Photo: AFP)

Mumbai: The first three Ashes Test were packed with action that proved that Test cricket is still the best format of cricket. However, a series of umpiring howlers from Joel Wilson and Chris Gaffaney spoiled the entire tempo of the matches.

Wilson made several on-field errors including one that could have decided the third Test at Leeds last week, and Gaffaney had seven decisions overturned during that match. Instead of them, umpires Marais Erasmus and Ruchira Palliyaguruge will head to Manchester. The third umpire will be Kumar Dharmasena.

During the first Ashes Test, Wilson equalled a rather unwanted record of eight decisions overturned. And, in the Headingly Test, he denied Nathan Lyon the major wicket of Ben Stokes when England needed just two runs to win with one wicket remaining.

After the third match, Tim Paine said he would be putting someone else in charge of the team’s reviews following his side’s defeat. But he refused to criticise Wilson’s original not out decision.

Even Ben Stokes termed the DRS as a ‘broken’ system. During the first three Ashes Tests, there have been an estimated 50 decisions reviewed, of which 19 have been overturned by the third umpire.