All because one man believed victory was possible even if he didn’t trust his heart in watching his partner, the last man, bat. 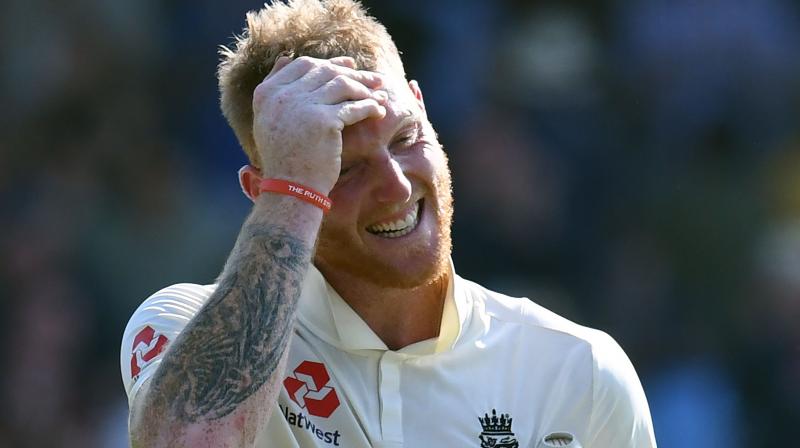 The most incredible finish in a long time in Test cricket was fashioned by an all-rounder who outdid Ian Botham in Headingley. The 1981 contest will forever be known as Botham’s Test, his heroics leading then to the label of “Botham’s Ashes”. England has discovered someone of Botham’s calibre who took it a step beyond in his sheer indefatigability. Benjamin Stokes will from now on be spoken of always in Bothamesque terms after he steered England to a win in the company of the bespectacled jack Leach who made all of one run when 73 were required for the last wicket.

Such things happen only in daydreams, although there were punters who were banking on Stokes to achieve the impossible, which task he had started in plugging away with his medium pace for hours on end to help bowl Australia out. It appeared Stokes was punishing himself for the poor stroke he played in England’s yet another bus route total of 67. Incredible then that a team, bowled out for an abysmal low in swinging and seaming Headingley, should then go on to make the most ever in its history in a successful run chase.  All because one man believed victory was possible even if he didn’t trust his heart in watching his partner, the last man, bat.

The very direction of the Ashes was reversed. There could have been no greater motivation for an England cricketer than to turn the Ashes around. Considering the complexity of the match situation, this one from Stokes will go down as the greatest fourth innings effort in the modern era. The Aussies will be kicking themselves for fouling up their DRS in a pointless review to a ball obviously pitching outside leg and the Pat Cummins himself might have said so. Having used up the DRS, Australia couldn’t get the marching orders on Stokes when he missed that heave to leg off Nathan Lyon and Joe Wilson froze amid the drama of the finish. The world’s smartest cricketers were undone by their own foolishness, such is cricket, so too life.

The Leeds drama was so absorbing that the back button on the remote was the most used or abused in flipping channels between an ultimate holiday island in the Caribbean and the somewhat drabber industrial town in England’s northwest. Headingley, which fought off bankruptcies to stay afloat and rebuild, has always enjoyed this luck of hosting miracle Tests. Indian seamers might have won a Test by an innings once, so well did they out-bowl England quicks in 1986 to win the Test series 2-0 there. There’s always something in the Yorkshire air for the quick bowlers, but none imagined an all-rounder would make the most runs on it, that too just weeks after he had guided England into the Super Over with a phenomenal innings under pressure in the World Cup final.

The miraculous Stokes saga may have begun with the World Cup final where he had shown infinite patience and wisdom of choice of strokes even within the frenetic scrambling of a limited-overs situation. There is something to this kind of never-say-die spirit that is more spoken of and written about than actually seen. But seeing what it can help achieve, such spirit must be rated far above just talent. In our hearts we know there is far more to cricket than the statistics. Stokes’ 84 in the World Cup final and his 135* at Headingley are just reminders that some runs are worth more than their weight in gold.

It’s worth observing here that had England needed more than one to tie the final, Stokes would probably have launched that last ball full toss into the stands as he frequently did at will in the Test match. His belief that a tie and a Super Over was better than was conservative and not in keeping with the aggressive Stokes of Leeds we saw marshalling the 9th and 10th wicket stands with those big hits. A fumbling Australian side was seen to be under more pressure than the batsman who was dictating the course of the match.

“The greatest knock by an Englishman,” has been the verdict delivered by Englishmen. The greatest knock ever might be a bit of an exaggeration although if you look at the degree of difficulty in achieving the target, it could be said that the conditions had everything going against the batsman in the pressure of the match situation. Also, on a wearing pitch the spinner Nathan Lyon was playing some tricks whenever he hit the rough of the bowlers’ footmarks. The quality of the tailenders of whom Jofra Archer was playing only his second Test was just about passable though no. 11 Leach had at least one substantial innings as night watchman to his name.

The pressure of The Ashes slipping away — that one is difficult to quantify. Maybe, this will rank as the greatest modern innings in the chase, even granted that Stokes was so plumb that only an umpire freezing in his job could say no that appeal. But then did not Lyon botch the simplest of run outs when Australia was still ahead. To err is human. What a Test match and what a finish! Whoever thinks Test cricket is dead has just been given another reminder that a classic Test contest is the greatest test of character in sport.