Captain Kohli led the way with a century and a 97, as India staged a comeback in the series with a victory in the third Test at Trent Bridge. 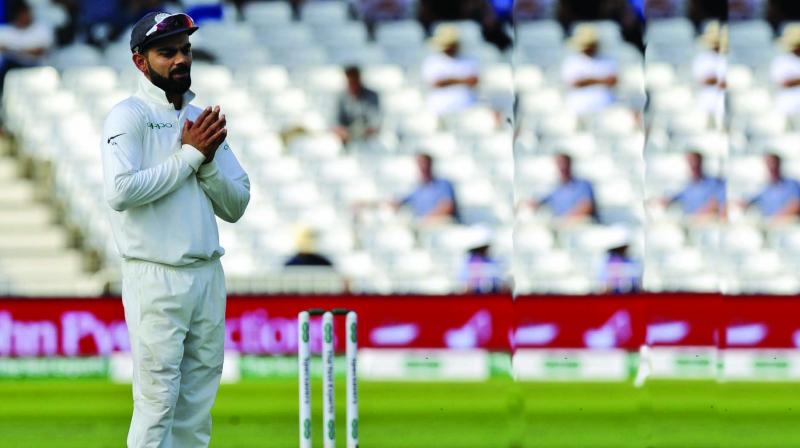 Southampton: He has been part of many enthralling duels with Sachin Tendulkar and Pakistan’s spin great Saqlain Mushtaq says Virat Kohli is the only current player who “comes close” to matching the standards of his legendary contemporary.

“As a batsman, Sachin was a very big player. I cannot compare (two eras) but today Virat is the only one who comes close,” Saqlain said.

England’s spin consultant Saqlain said that India’s turnaround in the five-match series would largely boil down to how Kohli leads the batting line-up.

“We were talking amongst the English support staff about how he played at Trent Bridge. In this third Test alone, Jimmy Anderson beat his outside edge 40 times, and yet he played the next ball with so much confidence. Virat plays ball by ball, run by run and session by session. He has a tremendous hunger for runs and victory. When you have someone hungry like that, he can do anything to satisfy his hunger.”

Captain Kohli led the way with a century and a 97, as India staged a comeback in the series with a victory in the third Test at Trent Bridge. England hold a 2-1 lead in the series.

In doing so, Kohli set straight his poor record from 2014. And Saqlain just stopped short of calling him Tendulkar’s equal. “The way Virat is scoring runs, it is ominous for England. During the first Test, I saw a signboard that said it is ‘England versus Virat Kohli’. If you take him out of the equation, it will be very easy for England.

“If you see from a coaching point of view, it is because of him the others have scored runs whilst batting with him. Having a world class batsman like Virat in your team certainly boosts the entire batting line-up,” he added.

Having played against many Indian sides that were pivoted on singular pace attack leaders, Mushtaq also said that he was mighty impressed by this new crop of Indian pace bowlers who have caused South African and English batsmen a lot of trouble in the last six Tests.

“If you look at the statistics from the first three Tests, India’s pacers have bowled quicker than English pacers. When did that last happen? The way they walk, and present themselves, the way they bowl fast and move the ball, you look at the Indian pacers and think that they are proper fast bowlers.”