The first to score 6,000 runs in women’s ODIs during the tournament, Mithali was glad to have attracted positive attention. 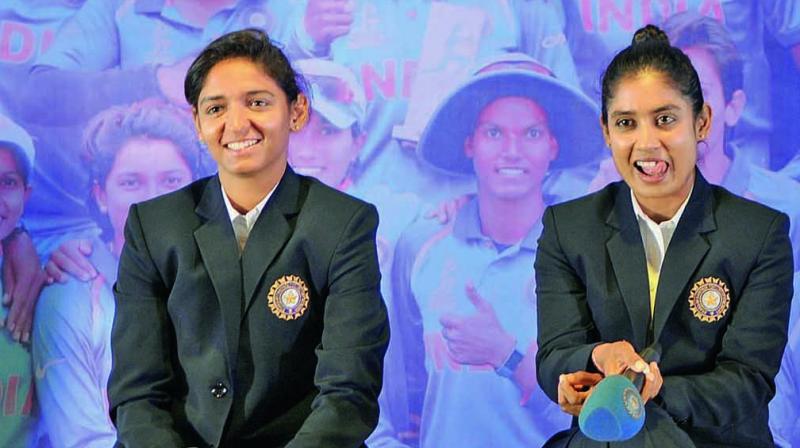 New Delhi: Not only have they made inroads into a male bastion but the women’s cricket team’s boundary-pushing World Cup campaign will also raise the pitch for launch of a T20 league for women in the country, Committee of Administrators member Diana Edulji said here on Thursday.

The Board of Control for Cricket in India, however, since taking over women’s cricket in 2006, has largely been reluctant to entertain any thoughts of mooting such a league and remains tight-lipped about a possibility in the near future.

“We are planning a women’s T20 league. It may start of as a zonal league before graduating to the national level. I haven’t yet spoken to the BCCI about it. We are thinking of allowing overseas players to participate in the proposed league,” Edulji said on the sidelines of BCCI’s felicitation ceremony here for the runners-up team.

BCCI’s acting president C.K. Khanna, yet, said, “the board will extend all help to women cricketers,” while handing individual cheques of Rs 50 lakh and Rs 25 lakh each to the players and the support staff members, respectively. Railway minister Suresh Prabhu announced Rs 13 lakh for each of the 10 women’s cricket team members employed with them.

The idea of a league received a thumping endorsement from the women cricketers at the ceremony, with off-spinner Deepti Sharma even saying that a women’s league should have started alongside the money-spinning Indian Premier League in 2008 itself.

“An IPL for women should have started alongside the men’s version but it still hasn’t. The sooner it starts, the better it will be for women’s cricket,” Sharma said. Australia-slayer Harmanpreet Kaur, the nation’s darling after her unbeaten 171 run knock in the semi-finals, said her stint with the Sydney Thunder in the women’s Big Bash contributed to her overall development displayed at the Cup.

“If women’s IPL happens, other countries’ players will come here, and sharing the dressing room with international players will boost the confidence of local players,” she said.

Edulji said it may take at least a year to formulate plans for the league and put them into effect, adding that the fast-paced nature of T20s will help promote women’s cricket.

India skipper Mithali Raj thought as much. “T20 and ODI are ideal platforms to promote women’s cricket,” she said, though aware that she has played only 10 Tests in her 18-year-old career. India have played only five Tests in the last 10 years.

The first to score 6,000 runs in women’s ODIs during the tournament, Mithali was glad to have attracted positive attention.

“The reception we have got has been overwhelming. I remember despite doing well in the 2005 World Cup, we never had this kind of a reception. It is a nice feeling after what we have all gone through, we feel wanted, feel appreciated for the effort we have put in all these years,” Mithali said.