'Maxwell's all-round performance will be key to Australia's success in WC': Cummins

A spell at Lancashire has also helped him adapt to the English conditions before the mega event. 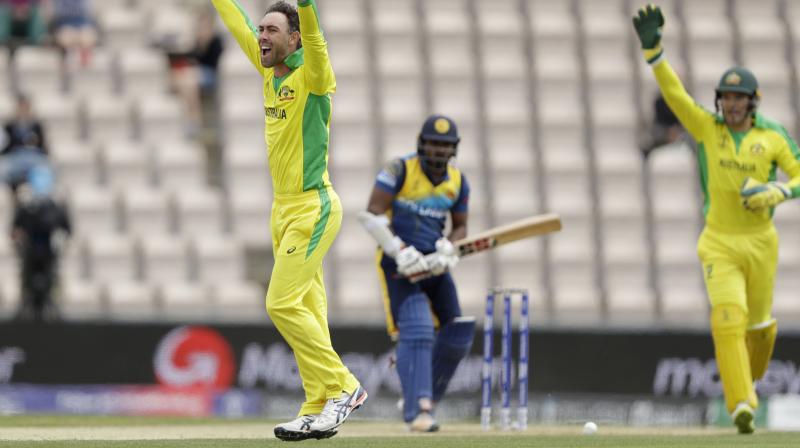 Australia have won two back-to-back ODI series -- in India and against Pakistan -- in the run up to World Cup and Maxwell has played an important role, hitting three half-centuries in their 5-0 series win in the UAE. (Photo: AP)

London: Australia vice-captain Pat Cummins said teammate Glen Maxwell will a vital cog in the team as the all-rounder's performance with the bat and ball would hold the key to their aspirations of winning the sixth World Cup.

Australia have won two back-to-back ODI series -- in India and against Pakistan -- in the run up to World Cup and Maxwell has played an important role, hitting three half-centuries in their 5-0 series win in the UAE.

A spell at Lancashire has also helped him adapt to the English conditions before the mega event.

"I think the way he has turned games around for us in the last couple of months has been impressive with the bat and then he is also an option to bowl ten overs," Cummins was quoted as saying by ICC media.

"He is also able to get run-outs and take catches. You get all three facets out of him and he is always there in tough situations. He is probably our sixth bowler but on a good day he can get through all ten. He's in good form," the fast bowler added.

The defending champions won both their warm-up matches ahead of the World Cup -- against England and Sri Lanka -- and are now back as one of the favourites to lift the Cup.

"Fans always expect us to do well and we are the same. Luckily, we have had a lot of success in the last 30 or 40 years so we are confident," said Cummins.

The 25-year-old said they have built a special team in the last six months.

"We have played consistent cricket for the last few months. It can be hard to go from Test cricket to ODI cricket and adjust and build a settle team. But in the last six months, we have built a special team and everyone has found their roles."

Australia will begin their title defence against Afghanistan on June 1 at Bristol.

"If you asked us six or 12 months ago who would be in the side, there would have been far more question marks.

"Everyone feels like we are all in a good place, we have played a lot of games now. We are ready to play. We will just go through the usual routines now, nothing specific, just some low-key bits to make sure we are ready," said Cummins.