The Australian cricket team had an amazing run between the 1990s and early 21st as it remained unbeaten in all Ashes and won 3 World Cup. 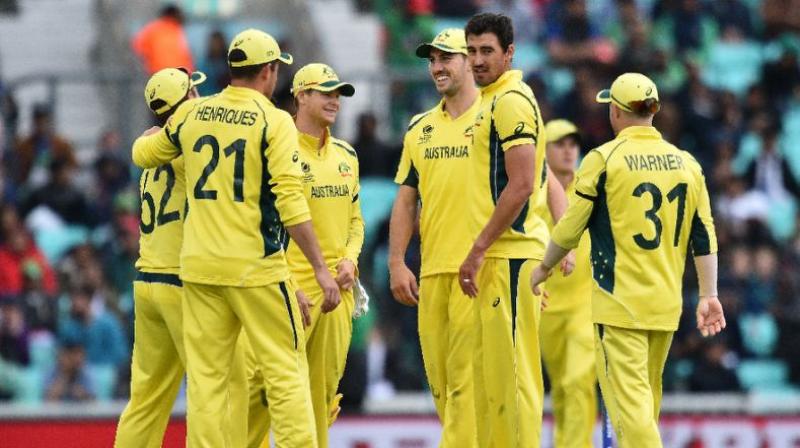 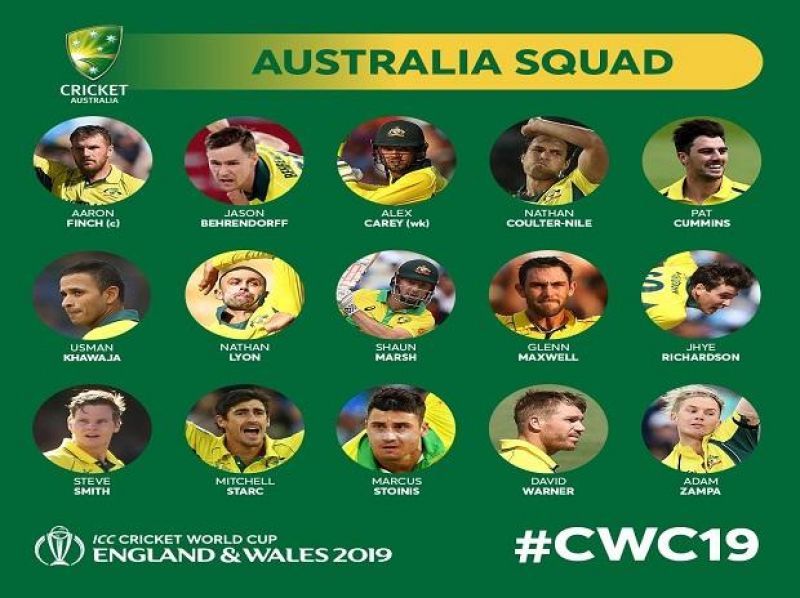 The Australian cricket team has a rich history. The team’s history traces back to the period between 1890’s and 1918’s when the unit started landing dominating players. And, it was during that period only when players like Monty Noble, Joe Darling, Clem Hill, Reggie Duff, Syd Gregory, Warren Bardsley, Victor Trumper, George Giffen, Harry Trott, Warwick Armstrong had created a legacy for their national team.

Australia’s real dominance at the cricket world was started even before the arrival of the world’s best batsman, Sir Donald Bradman. During the 1920’s the outfit had marked its stamp with the victory against its arch-rivals, England.

Since the arrival of the world’s best batsman, Australia outshined England, the inventors of the gentleman’s game.

Post the World War II era, that is, between 1945 and 1960 the Bradman-led team further consolidated on its success as the outfit won 23 consecutive first-class Test matches out of the 31 matches.

The team had drawn only eight matches, hence the team earned the ‘invincibles’ tag. The team also swept the England side by a margin of 4-0.

However, during 1950 and 1960, the Australian unit saw its team being exploited by its nemesis, England for the first-since Bradman retired. The Richie Benaud-led team was completely thumped by the English side as it lost three consecutive Ashes series.

In the 1960s, Australia came back from its losses as they fought hard to win a test series against a resilient West Indies team by a margin of 2-1.

The 1970s era saw Australia rise to the top again as players like Jeff Thomson, Rodney Hogg, Greg Chappell, Ian Chappell, Dennis Lillee, Jeff Thomson and Rodney Marsh carried Australia on their shoulders to put their nation on top of the pecking order.

The Australian team was further strengthened with the emergence of players like Ian Healy, Mark Taylor, Geoff Marsh, Mark Waugh, Steve Waugh, Dean Jones, and Allan Border as they helped Australian to clinch the 1989 and 1991 Ashes trophy. The team further defeated Pakistan, Sri Lanka, but its juggernaut got halted as it was defeated by a resurgent West Indies.

The Australian cricket team had an amazing run between the 1990s and early 21st as it remained unbeaten in all Ashes series and obtained three World Cup titles in a row. However, in 2005 the team lost to a resilient England team by a margin of 2-1.

In 2006-07, Australia retained the Ashes series after thrashing England 5-0. However after 2007 World Cup victory many key players retired as Australia’s dominance at the cricketing world slowly to fade. Despite the retirements of several key players, Australia still managed to win the 2015 World Cup.

Nevertheless, having said all these, let’s look at the performance of the Australian cricket team at the biggest event.

The Kangaroos paved their way towards the final after punching every team in their way, but unfortunately they bowed to eventual winners, West Indies.

For the Kangaroos, the 1979 and 1983 World Cup edition proved to be an utter disappointment as they crashed out in the group stage itself.

However, the 1987 tournament proved to be a success for the Aussies as the Allan Border led-team lifted its maiden World Cup trophy.

Co-host Australia’s bid to retain their World title was totally squashed as they exited the mega event after winning four and losing four matches.

Australia bid to retain their World Cup trophy were once again snatched away by an unpredictable Sri Lankan side which ultimately went on to be the winners of the 1996 edition after defeating finalist Australia.

For Australia, the period between 1999 and 2007 was the most successful period as the team again regained its World Cup title, which the outfit successfully defended in the 2003 and 2007 edition.

However, for the Kangaroos the journey to the World Cup final restricted till the quarter finals as they got inched out by an aggressive Indian side which ultimately became the winners by overcoming a gritty Sri Lanka side.

The 2015 World Cup edition saw an Australian side which recently had lost several players due to retirements.  Despite the retirements, the Michael Clarke led-side were firm and rigid enough to reach the finals and thrash a formidable Kiwi team to lift the cup for the record fifth time.

Coming to Australia’s bid for sixth title – Australia has managed to retain Finch, Maxwell, Starc, Smith, and Warner from the 2015 Cricket World Cup. In the 2015 World Cup, edition, Smith was the top scorer and Starc was the leading wicket-taker.

The biggest issue is the selection of Steve Smith and David Warner after a one year ban for ball tampering. Both are in form.  Warner completely utilised his opportunity during the IPL and became the leading run scorer. Smith found his form as a collector in the IPL. Smith converted his good touches to a big one as he scored a century in the warm up match against England.

Smith might have confirmed his middle-order berth. While Warner continued with his great form after he played a cameo of 43 against England in the warm up match.

The question will be who will open with captain, Aaron Finch. Warner might open with opener Usman Khawaja, who has been in sublime form after he scored vital hundreds and 50s against in the India and Pakistan series. He added that with a hundred against Sri Lanka in World Cup warm up match. So, it remains that Warner may open as Khawaja will demote himself to number three, followed by Smith at four.

Peter Handscomb was omitted after Smith and Warner’s selection in the playing XI. Handscomb will feel dejected after averaging 43 in 13 ODI matches this year. However, he needs to keep himself ready if any injur occurs.

Josh Hazlewood was excluded due to insufficient match practice after his recovery from his back injury earlier in this year. Inclusion of Pat Cummins, Kane Richardson, Jason Behrendorff, and Nathan Coulter-Nile indicated no place was left for Hazlewood.

Starc and Richardson was picked up after passing the medical test, but they are on-course to recover from their injury before Australia's kicks-off its campaign against Afghanistan on June 1.

Glenn Maxwell and Marcus Stoinis were decisive in Australia’s series victory versus India and Pakistan. However, whether the duo will play together depends on conditions.

Stoinis has performed consistently for Australia since he debuted and Maxwell fared well with three 50s against Pakistan recently.

While one of them will play regularly, the other will essentially be fighting with Shaun Marsh for the last position in the batting line-up, as wicketkeeper Alex Carey will bat at number seven.

Adam Zampa will be Australia’s major spinner as he scalped 18 wickets in his 10 ODIs. Although, his selection will depend on if the condition requires an extra spinner.

Australia have reserves in Handscomb, Travis Head, Matthew Wade, and Josh Hazlewood subject to fitness. Australia could take Mitchell Marsh as reserve since he has got both runs and wickets in England.

However, in the recent warm up match we saw Australian bowler being brutally thrashed by the England batsmen. Nathan Coulter-Nile conceded plenty of runs as England nearly gave off a scare to Australia as they nearly chased down the target of 298.

Pat Cummins in this case would be handy as he has pace, seam and variation. While, Starc can rediscover his form and repeat his feat of 2015 to help Australia lift their sixth title.

Nevertheless, it will be intriguing to watch if the Australian team can fix its issues and problems in this year’s World Cup.

Here, in this article, we will analyse six players – six game changing players – out of the 15-member Australia squad.

Australia declared their 15-member World Cup squad, which is as follows:- 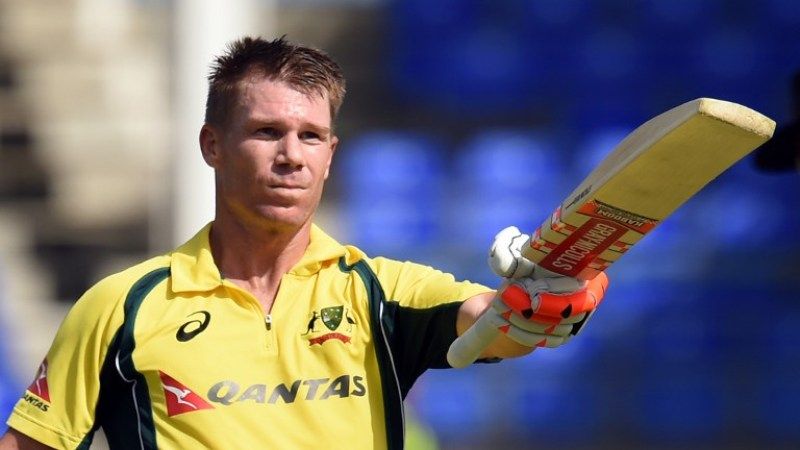 Since serving his one year ban for ball tampering, David Warner vented out his anger in the IPL by cruising to 692 runs an average of 69.20. Then he followed his IPL form with a 43 runs knock against England. David is sure to explode at the bowlers early on. 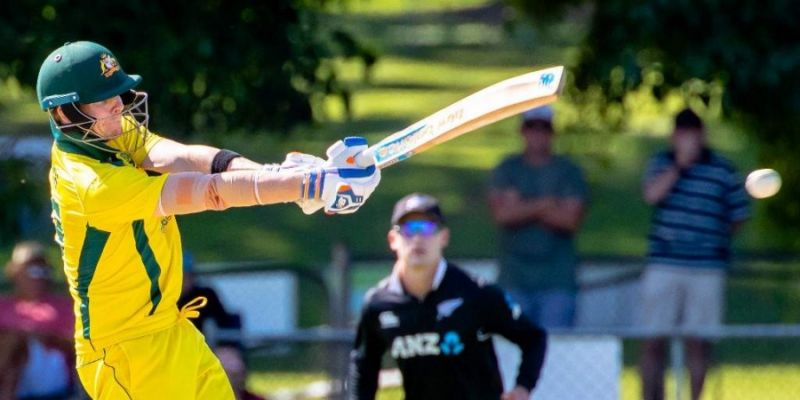 Smith was in astonishing form in the 2015 World Cup, steering Australia to the final by scoring five consecutive half-centuries in the tournament. After getting dismissed early on 5 in his maiden World Cup game against England, Smith achieved the feat of scoring five successive half-centuries against Afghanistan, Sri Lanka, Pakistan, India and New Zealand.

Australia emerged as winners of the 2015 World Cup, with Smith scoring an unbeaten knock of 58 in the final against New Zealand.  He was the highest run scorer for Australia in the tournament, gathering 402 runs at an average of 67.

Smith is expected to be the talisman for Australia in World Cup 2019, and he has already started to show his class by scoring 89 runs in the practice match against New Zealand. He further stamped his selection chances by scoring 116 against England in the World Cup warm up match. 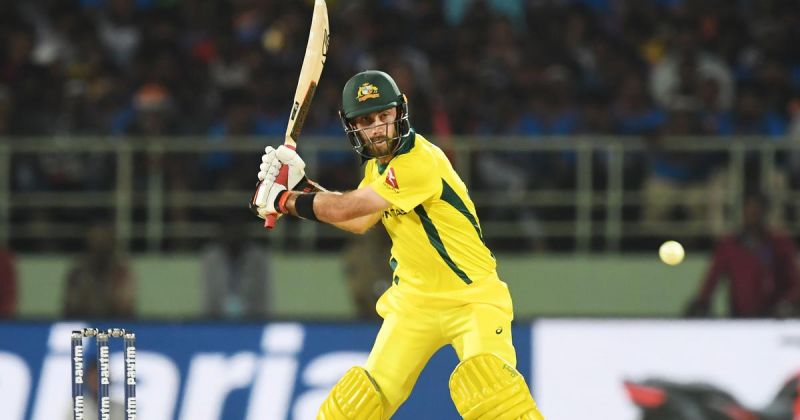 Glenn Maxwell has fared well with bat as he scored three 50s against Pakistan recently. If required Maxwell can play as part-time spinner and pick up wickets during crucial times. 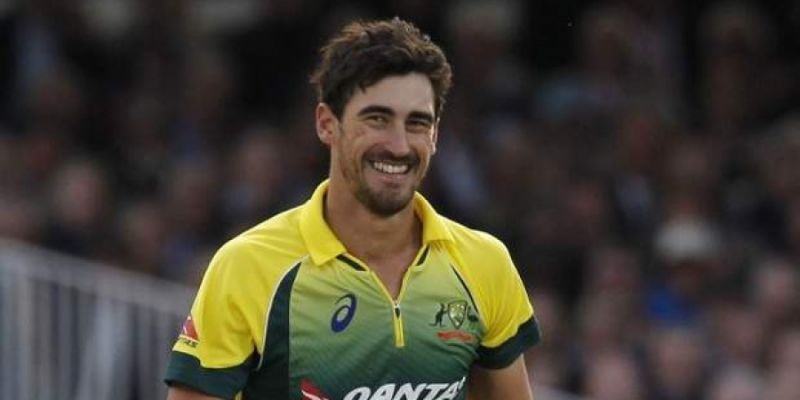 Mitchell Star is expected to repeat his 2015 feat of 22 wickets. But, most probably he will end up assisting Pat Cummins. 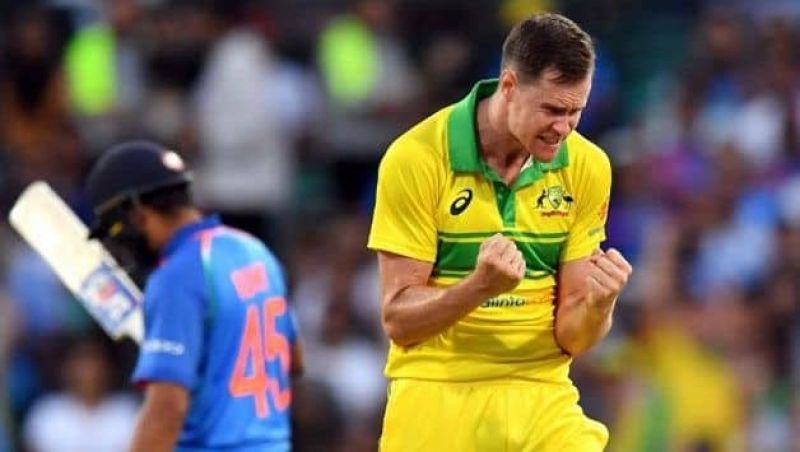 Jason Beherendorff has been in sublime form as he took four wickets in the series against Pakistan. Beherendorff was crucial in Australia’s ODI series win versus India. 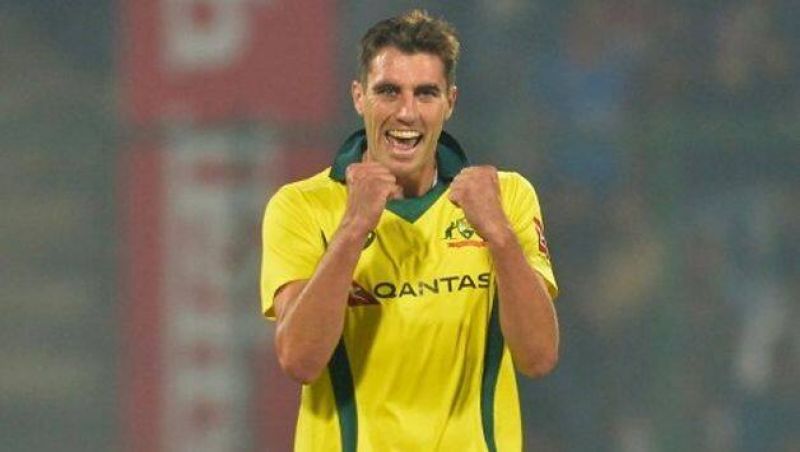 Cummins bowled with a lot of aggression as he scalped 14 wickets in the Indian series with an average of 15.71.  While in the series against Pakistan he fetched three wickets at an economy of 3.

Gritty Australia will not like anything less than a World Cup trophy, but a semi-final progress is likely. However, how Aussies counter spinners and how their bowlers perform on flat pitches will determine their progress in the mega event.