Not just with ball, Jasprit Bumrah won a match with bat too! 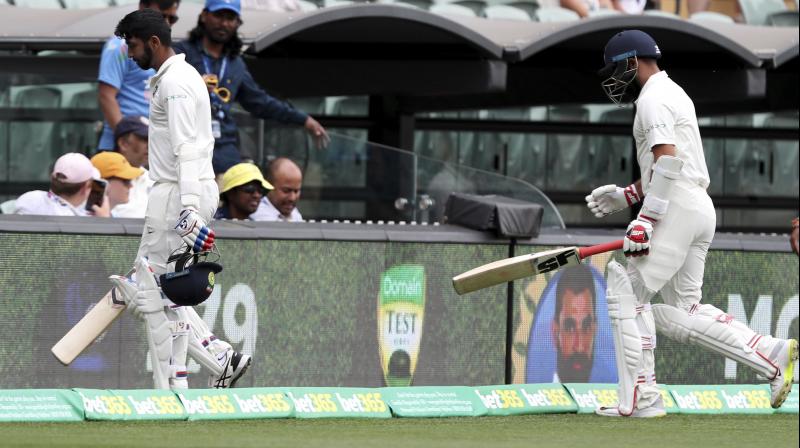 India's Jasprit Bumrah (L) and Mohammed Shami walk off the field after India was dismissed for 250 runs in their first innings by Australia and India in Adelaide. AP Photo

New Delhi: As former India batsman Yuvraj Singh mocked Jasprit Bumrah for his batting skills, the pacer on Tuesday shared an old clip from 2017 which shows how he won the match for his state with the bat in hand.

Taking to Twitter, Bumrah shared a clip of a match between Gujarat and Goa in 2017.

In the clip, Bumrah can be seen smashing the ball all around the park.

Batting for Gujarat, Bumrah scored 42 runs off just 24 balls and this took the side's total to 277/9.

The side then bowled out Goa for 199, winning the match by 78 runs.

Bumrah and Yuvraj had a fun Instagram Live session on Sunday and the latter engaged in funny banter.

The former India batsman also said that Bumrah has the potential to become the number one bowler in the world.

"You need to believe that you would be the number one bowler in the world. You should not be bothered about what the outside world thinks".

He managed to pick up six wickets in the series which India lost 0-2. It was India’s first defeat in the World Test Championship.

Bumrah is currently ranked number two bowler in the ICC ODI rankings behind Trent Boult. He is in the seventh spot in Test rankings.