Best tutorial for young Riyan will be Mahi’s career study

Even writers with fertile imagination would have baulked at thinking up such an incredible script. 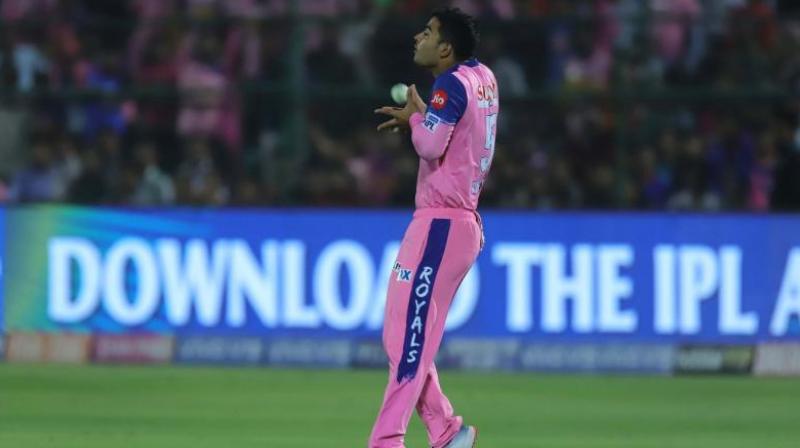 The past week in the IPL has been tumultous. Bangalore, after six consecutive losses, won three matches on the trot, while Chennai and Kolkata, both highly fancied teams, have had major setbacks, losing even at home.

While RCB still languish at the bottom of the table and CSK remain at the top, these topsy-turvy results have made the points table very claustrophobic and the outcome of the IPL highly unpredictable.

With the departure of overseas players, the onus will be greater on India’s stars to steer the fortunes of their respective teams. Just how important this can be gauged from CSK’s losses when M S Dhoni hasn’t played.

Nevertheless, the most fascinating story of the week was beyond match results and had to do with Dhoni’s intervention in the lives of young Riyan Parag, who plays for Rajasthan Royals, and his father Parag Das, who had played Ranji Trophy for Assam.

As it has emerged, Parag Senior had been stumped by Dhoni, who was 18 then, in a Ranji match in circa 2000. Almost two decades later, in the IPL this year, Dhoni was playing against 17-year-old Parag Junior, making his debut for Rajasthan.

Even writers with fertile imagination would have baulked at thinking up such an incredible script. But fact, to use a cliche, can be stranger than fiction. The cricket history of the Parags and Dhoni, will now remain intertwined forever. How young Riyan’s future shapes up from here remains to be seen. He’s impressed in the few innings he’s played, especially his composure and strokeplay in Rajasthan’s fantastic win over KKR the other night.

The best tutorial for him at this age — as indeed for budding cricketers everywhere — would be to study Dhoni’s career diligently, and understand how he has managed it so marvelously.

It is flawed and churlish thinking to pooh-pooh any player who has made it to the top level, irrespective of performance. Unless a player has talent, it is unlikely he will come so far. Yet, the greater challenge for such players arises after.

Cricket history is replete with cricketers who had a meteoric rise, but after a few noteworthy performances, faded away just as rapidly, unable to live up to their original promise.

This could be because of limitations of ability, severity of competition and in some cases, sheer bad luck. But in most cases, it is because the player’s learning curve first plateaus and then starts dipping early.

What this actually means is inability to handle pressure that playing at the highest level entails. No career is a straight line going north. There will always be ups and downs.

It is grit, hard work and ambition that help overcome troughs and obstacles. Those who can’t cope with such pressures lose their zest for the game early.

The largest bulk of players at the international level range from the decent to the very good. Only a very small percentage can be called ‘great’, though that adjective is now used freely and loosely.

Greatness is located in longevity and consistency of high-level performance. Not many players remain relevant for 18-20 years in the sport. This requires, apart from strong focus and ambition, being able to keep oneself physically fit and mentally tough all the time.

Dhoni’s body of work since 2004 when he made his international debut has been spectacular. He’s excelled in all formats, played with a selflessness that has been bereft of personal milestones and hankering for power.

He belongs to the small cluster of players in Independent India like  Vinoo Mankad, Bishen Bedi, Gavaskar, Kapil Dev, Tendulkar, Kumble, Dravid, Sehwag (with Kohli poised to join the cluster), whose career would stand the most stringent scrutiny for qualifying as ‘great’.

As the World Cup looms on the horizon — his fourth such tournament — he remains not just the best wicket-keeper-batsman in the country, but with his experience and tactical acumen, the fulcrum of the side.