The left arm spinner continued his form by picking a hat-trick and set up an easy win for Souvenir CC over PJ Hindu Gymkhana. 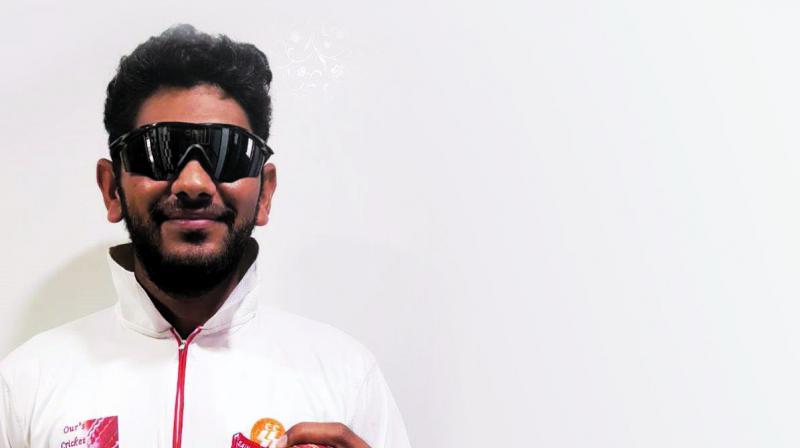 Asif Shaikh continued his impressive bowling performance by claiming a hat-trick to lead Souvenir Cricket Club to a comprehensive eight-wicket victory against P.J. Hindu Gymkhana in the first semi-final. Earlier, the left-arm spinner had scalped 4/20 against Young Mohammedan Cricket Club in the quarter-final match of the 70th Nawab Salar Jung Invitation T20 Cricket Tournament at the Parsee Gymkhana ground.

Hindu Gym who were put in to bat scored 129 for seven wickets in 20 overs and Souvenir CC easily chased in 12.1 overs with eight wickets in hand.

Shaikh bowled a tidy spell and was rewarded with three consecutive wickets from the final three balls of the innings to finish with figures of 3 for 19 runs from his four overs.

Thanks to left-hander Megh Adhvaryu’s solid knock of 82 runs, Hindu Gym were well placed at 129 for four wickets at the end of the 19th over. But, they were unable to add to the total from the final over bowled by Asif, who picked up three successive wickets, with all the victims falling for ducks. He first clean bowled Hussain Raza with the fourth ball of the 20th over and then with his teasing line and length foxed Dhruv Vagasia and Aman Maniyar getting them to charge out and leaving wicket-keeper Sachin Yadav to complete the stumping and close the Hindu Gym innings.

Openers Swapnil Salvi (33) and Usaid Cutlerywala (32) put together 49 runs for the opening wicket and later Usaid and Sachin Yadav (54) added a further 48 runs for the second wicket which helped them to safely cross the finish line.

In the second semi-final, defending champions Parsee Gymkhana charged to a nine-wicket win against Apollo CC and seal their place in the final against Souvenir CC.

Parsee Gym after deciding to field first restricted Apollo CC to 125 for six wickets in 20 overs. Siddhanth Singh (43), Rahil Shaikh (35) and Siddharth Ghule (25) contributed to the Apollo innings, while Parsee Gym bowlers Shams Mulani 3 for 18 and Shivam Malhotra 2 for 35 shared the wickets.

In reply, Parsee Gymkhana lost opener Akarshit Gomel for a first ball duck, but captain and one drop batsman Aditya Tare 74 runs (49b, 10x4, 3x6) and the other opener Ashay Sardesai 51 runs (38b, 9x4) stitched together an unbeaten 126 run partnership to steer Parsee Gym to victory.