Australia cruised to an 80-run victory over Pakistan in the third one-dayer and took an unassailable 3-0 lead in the five-match series. 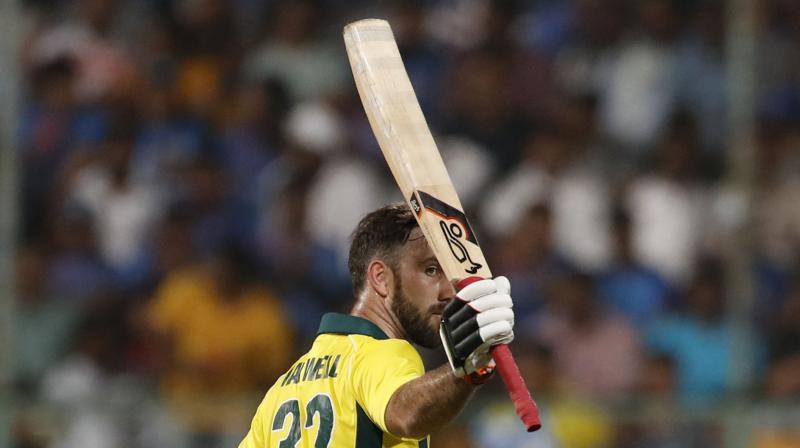 The win was Australia’s sixth in a row after their 3-2 comeback victory in the series in India this month. (Photo: AP)

Australia cruised to an 80-run victory over Pakistan in the third one-dayer in Abu Dhabi on Wednesday and took an unassailable 3-0 lead in the five-match series.

The right-handed opener made 90 off 136 deliveries before Glenn Maxwell stepped up the scoring rate with a 55-ball 71 on a pitch that offered more assistance to the bowlers than the last two matches in Sharjah.

It was Maxwell’s highest ODI score in over two years, giving him an edge in intense competition for the middle-order batting spots for the World Cup starting on May 30 in England and Wales.

“It wasn’t the easiest wicket to start on,” Maxwell said. “Once I got through that, it got easier.

“We’ve been really focussed about what we want to do here. We want to build on this momentum ... It’s been a continual build for our team since last year, and we’re starting to get it right.”

Finch, whose role as a captain was questioned a month ago because of his form slump, has responded with 479 runs in his last six one-day innings.

The 32-year-old was perfectly placed for a 14th hundred in the 50-overs format but holed out to leg-spinner Yasir Shah in the 42nd over.

Maxwell and wicketkeeper-batsman Alex Carey (25 not out) added a quickfire 61 for the sixth wicket as Australia hit 90 in the last 10 overs.

Chasing a target of 267, Pakistan were rattled by a testing new-ball spell from Australian fast bowler Pat Cummins, who removed opener Shan Masood, Haris Sohail and Mohammad Rizwan with just 16 runs on the board.

Imam-ul-Haq and captain Shoaib Malik shared a 59-run partnership for the fourth wicket before the Australian spinners stepped up.

Part-time off-spinner Maxwell trapped Imam lbw for 46 and Nathan Lyon removed Malik for 32, leaving Pakistan on the brink of a fourth straight defeat in the format.

Leg-spinner Adam Zampa hurried through the tail with a career-best ODI spell of 4-43 to bowl out Pakistan for 186 in the 45th over.

The win was Australia’s sixth in a row after their 3-2 comeback victory in the series in India this month. The fourth one-dayer will be played on Friday in Dubai.