Rasool made a comeback in the T20 squad of Team India after a long hiatus. 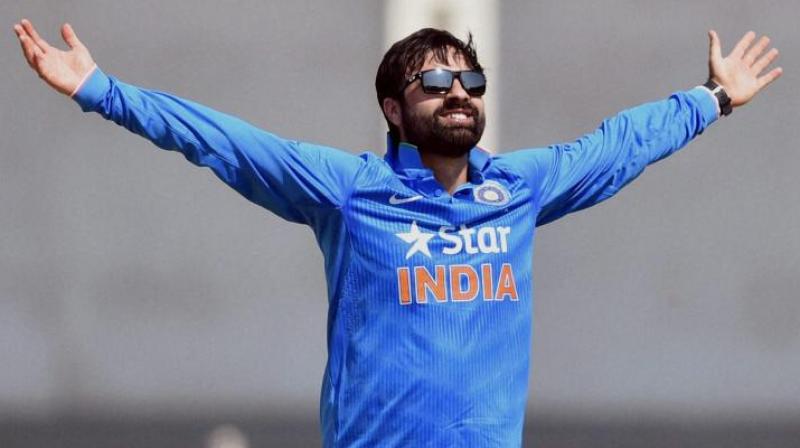 Kanpur: Parvez Rasool became the latest sportsperson to face the ire on various social media platforms. It was a proud moment for the first cricketer from the Kashmir Valley to play in a T20 international representing Team India in coloured outfits.

However, the joy soon turned into a nightmare for the 27-year-old off-spinner. It all started when an unverifiable video, which circulated on Twitter, showed him standing casually and chewing gum while the national anthem of the country was being played just ahead of the first T20 international against England in Kanpur.

When Rasool was chewing gum in the video, other Team India’s players were seen to be in full attention to the national anthem. Soon, the controversial video started circulating on Facebook too. The twitterati was quick to identify his act and called it disrespect towards the national anthem. Some of them even asked BCCI to take an action against the off-spinner. People were quick to remind Rasool that if he is representing his nation, he should pay some respect towards the country as well.

Rasool made a comeback in the T20 squad of Team India after a long hiatus. He last played for India in the solitary ODI in way back in June 2014 against Bangladesh.

India went on to lose the match by seven wickets and Parvez Rasool finished with the figures of 1/32 from his four overs.

It is yet to be seen whether BCCI will ignore this act or take an action against the off-spinner. This is not the first time that Rasool has attracted controversy as a few years ago, he was arrested in Bengaluru for carrying explosives.