Former Mumbai player Sarfaraz Khan’s father and coach reveals he is raring to make a comeback after a knee surgery this year. 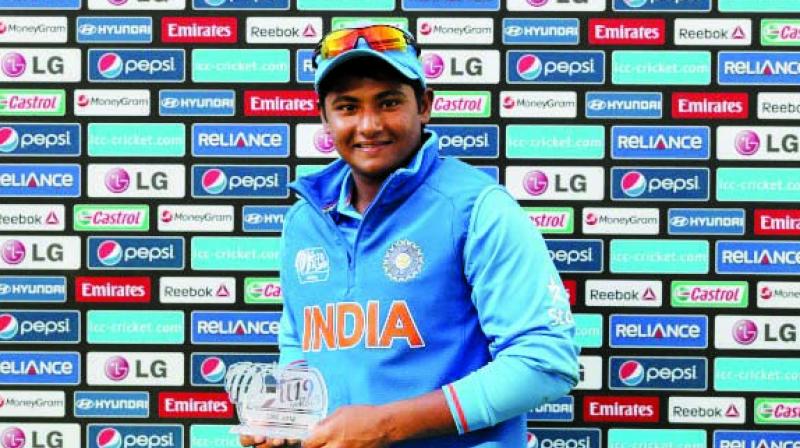 As Indian colts leave for New Zealand  to regain the ICC Under 19 World Cup, under skipper Prithvi Shaw, Sarafraz Khan, who was consistent for India in the last two U19 World Cups in UAE and Bangladesh, is setting up himself for a comeback in domestic cricket.

The former Mumbai player, who suffered an ACL injury in his knee in a practice game for Royal Challengers Bangalore, just two days before IPL 10 earlier this year, made a comeback bid in the Kanga League. He returned to competitive cricket after undergoing knee surgery, followed by six months of rehab.

“That was a tough time for him, and he used to contemplate a lot as he saw his former team-mates in India U19 and Mumbai like Rishabh Pant and Shreyas Iyer making debuts for India. More recently Deepak Hooda and Washington Sundar too made their debuts. We had to motivate him continuously, tell him that he too is good enough for that level and is at home just because of injury,” said Sarfaraz’ father Naushad Khan, who doubles up as his coach.

The 20-year-old, who switched  teams to Uttar Pradesh a couple of years ago, missed the Ranji Trophy but runs seem to be flowing yet again from his bat.

On Tuesday, he scored 130 off 140 balls for DY Patil Academy B in the Times Shield A Division match against Western Railways Sports association at Mahalaxmi Ground.

“He batted well today. He has regained total fitness and has also lost weight. He is ready now to play for Uttar Pradesh,” said Naushad, with the hope that his son would be picked for the Syed Mushtaq Ali Twenty20 tournament next month.

Sarafraz was also part of the NCA XI that played three practice matches against the  New Zealand bound Indian U19 team in Bengaluru recently. “India U19 coach Rahul Dravid (who was Sarafraz’s coach as well) had called many players of the previous U19 World Cup to play three practice matches against the current World Cup squad. Sarafraz was one of them, and he scored 132, 70 and 24 in the three games. Dravid was happy with Sarafraz’ progress after the knee injury,” smiles the proud father.

And even though Sarafraz’s comeback bid started a couple of months ago in Kanga League, Naushad didn’t want him to rush into top-level cricket immediately.

“We went gradually, as we didn’t want to rush things. So, I placed him in my C Division team, so that he can afford to stand in the slips, and bat. This was important, because I wanted him to gain match fitness. He scored 263 runs in the Kanga League for Young Mohammedan,” he said.

Musheer takes fifer
Meanwhile, Sarafraz’ younger brother, Musheer, took five for 79, for Mumbai. And Saurashtra were all-out for 340 in the U16 Vijay Merchant Trophy at Sachin Tendulkar Gymkhana, Kandivili on Tuesday. Bhagyarajsinh Chudasama was the top scorer for the visiting team with 179 runs. In response Mumbai were 185/7 at stumps on day two.