Ishant must deliver in South Africa 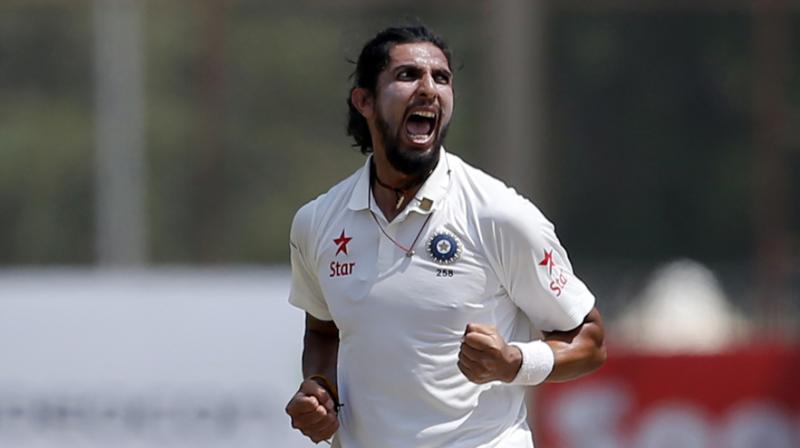 New Delhi: Ishant Sharma is yet to realize his true potential, feels former pacer Venkatesh Prasad, who wants the lanky speedster to lead the Indian attack in next month’s tough tour of South Africa.

By far the most experienced pacer out of the five, Ishant, has been bowling well of late but he is not a sure starter in the playing eleven.

“Ishant has been around for more than a decade. It is high time that he leads the attack. I don’t know what the issue is.

“He has got the pace, the height, the aggression but he has not realised his potential. He should be playing the role that Srinath (Javagal) played when he was around, or Zaheer Khan or Kapil Dev when they played,” Prasad said.

Talking about the Indian pacers picked for the South Africa tour, Prasad said there is enough variety but a lot would depend on how they adapt to the conditions.

“They all are different to each other. With more and more cricket being played and more rolling, the pitches in South Africa are not what they were 10-15 years ago.

“However, the extra bounce would surely suit the faster bowlers but it remains to be seen how the Indian pacers adapt to the conditions after doing well at home,” said Prasad.

Bumrah has received his maiden call-up in Tests after doing well consistently in the shorter formats.

“He has done well and that is why he has been picked. Let him get the opportunity then we will see how he fares. The requirements of bowling in Tests are different to the needs of the shorter formats,” said Prasad, who toured South Africa twice.

India’s bowling attack certainly looks promising while South Africa boast of names like Dale Steyn, Morne Morkel, Vernon Philander and Kagiso Rabada. Prasad feels Steyn and Morkel, who are coming back after an injury lay-off, will not be much of a threat to the formidable Indian batting but the visitors need to be wary of Rabada.

“With due respect, I don’t see Steyn and Morkel posing a big threat. The bowler India need to watch out for is Rabada. He is young, he has got the pace and creates that awkward bounce for the batsman,” he opined.

Prasad said there is no reason why India can’t post 350 or more consistently against the South African attack.

“Most of our batsmen have been doing really well and I expect their rich run to continue in South Africa. They are experienced enough to deal with the conditions.”

Prasad, however, added that expectations should be equal from the Indian batsmen and bowlers.

“Everytime India tour South Africa, England or Australia, there is a tendency to put extra pressure on the bowlers.

“That is not fair. It will be really important for the batsmen to put up 350 runs or more in the first innings and then the bowlers come into play. And I actually see the entire team performing well and win their maiden series in South Africa,” Prasad predicted.