So far in this series Smith has amassed 491 runs against England at a stunning average of 163.66 from five innings. 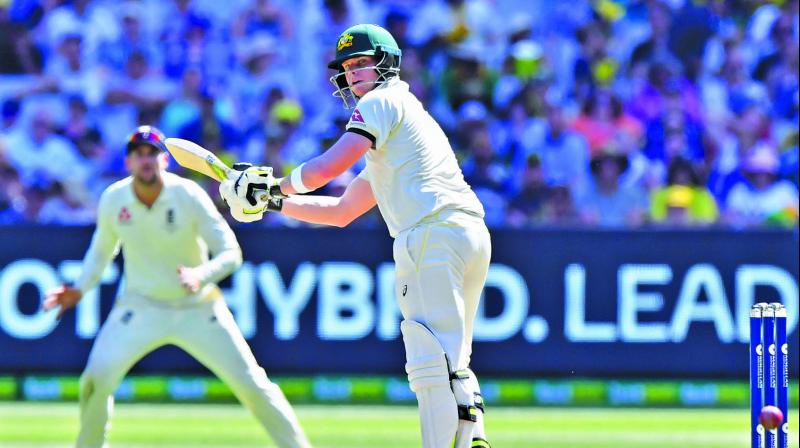 Melbourne: David Warner says in-form Steve Smith is a freakish talent while England’s leading bowler James Anderson says the Australia skipper is in the form of his life.

Smith was well on the way to posting his fourth consecutive century in the showpiece Boxing Day Test at the Melbourne Cricket Ground after an unbeaten 65 in Australia’s 244/3 after day one Tuesday.

The quirky Smith hasn’t been dismissed in a Melbourne Test match since Boxing Day 2014 and was on track to repeat the feat on a bat-friendly MCG pitch.

In the last three showpiece Boxing Day Tests, Smith has scored 192 against India, 134 not out against the West Indies and an unbeaten 165 last year against Pakistan.

So far in this series Smith has amassed 491 runs against England at a stunning average of 163.66 from five innings.

“I think we all wish we were half the batter Steve Smith is at the moment because he’s seeing them like watermelons, but he makes the game look so easy,” said team vice-captain Warner, who scored his 21st Test century with 103 on Tuesday.

“He’s very mentally strong, we always talk about the way that he prepares.

“He likes batting time in the nets then out in the game he just seems to be hitting every ball out of the middle.

“England said that they had come up with a game plan to get him out and obviously it hasn’t worked so far in this game,” said the Australian vice-captain.