Mumbai march ahead on tons by Jay Bista, Siddhesh Lad

Both score 123 each to put Mumbai in the driver’s seat. Skipper Murasingh bags a five-wicket haul as other Tripura bowlers toil hard. 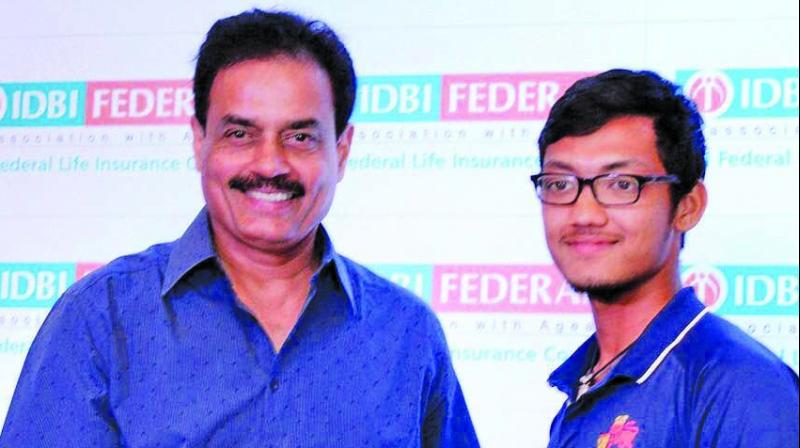 Mumbai have chopped and changed their openers this season but still the most tons, six out of a total of nine so far, have come from the openers. On Sunday, it was Jay Bista’s turn to grab the opportunity. The 21-year-old right-handed opener, who scored 135 against Madhya Pradesh in the first match at Indore, scored another ton at Wankhede stadium on Sunday against Tripura in the Group C Ranji Trophy match.

Siddhesh Lad also scored his second ton of the season and the duo shared a 146 runs for the fifth wicket to put Mumbai on course for a big total. Bista scored 123 in 136 balls with 17 boundaries, while Lad’s 123 came in 197 balls studded with 16 boundaries and two sixes.

Skipper Aditya Tare, who opened last time here with Prithvi Shaw, who has three hundreds already, to accommodate both Shreyas Iyer and Ajinkya Rahane, scored his third half-century of the season (67). Mumbai were 421/8 in 111 overs at stumps on Day Two of the four-day game with a first innings lead of 226 runs.

Bista had opened with Akhil Herwadkar in Indore but had to make way for Shaw in the second match against Odisha. Tare, Shaw, Iyer and Dhawal Kulkarni missed the first game of the season.

Bista was sent back to U-23 cricket where he had made a double hundred in the Col. C.K. Nayudu tournament against Tamil Nadu (212) just before the Ranji Trophy opener for Mumbai in Indore. He was brought back to the squad and got an opportunity to play again against Andhra in the last game where he didn’t do much.

The team persisted with him over Herwadkar for this game also and he justified it in the same manner that Akash Parkar did in the first innings, by bagging his maiden five-wicket haul. Herwadkar also scored a ton against Tamil Nadu after a first innings duck at BKC but didn’t do much in Indore before and Bhubaneswar afterwards.

Bista was more aggressive on Sunday while Lad play a measured knock. Bista was dismissed just before lunch to give Tripura skipper Manisankar Murasingh his second wicket of the day and third of the innings. Murasingh finished with a five-wicket haul and looked to be the only bowler from the visitors to trouble the home batsmen. He was sharp and probing at times.

Lad excelled in a tight situation again as Mumbai were struggling at 77/4, 118 runs shy of Tripura’s first innings score of 195.

Starting the day at 43 not out off 64 balls, Bista marched along in Lad’s company to ensure Mumbai take the first innings lead after nightwatchman Karsh Kothari could not add to the overnight score of 1. Tare joined Lad at the crease and the experienced duo shared 97 runs for the sixth wicket to ensure the lead surpasses hundred and Tripura bowlers toil hard.

Lad, who scored 117 in the second innings against Odisha to ensure Mumbai’s first win of the season, followed it up with a match-saving 71 not out against Baroda at Wankhede. He played the role of the crisis man yet again by getting involved in two big partnerships with Bista and Tare. He was ultimately caught at deep cover while trying an extravagant shot after he was off strike for a while.  Lad is the top scorer for Mumbai this season with 613 runs in 10 innings (six matches) at an average of 68.11. The second best is Shaw with 471 runs in nine innings (five matches) at an average of 52.33.

Dhawal Kulkarni and Minad Manjrekar played out more than 12 overs to ensure Mumbai were not bowled out as injured Shardul Thakur may not have come to bat. Kukarni entertained with some big hits, including 20 from Gurinder Singh’s over towards the end. He was unbeaten on a 60-ball 50.