Do away with toss in Test cricket, suggests Faf du Plessis

Faf Du Plessis admitted that his team had been outplayed and lacked mental strength. 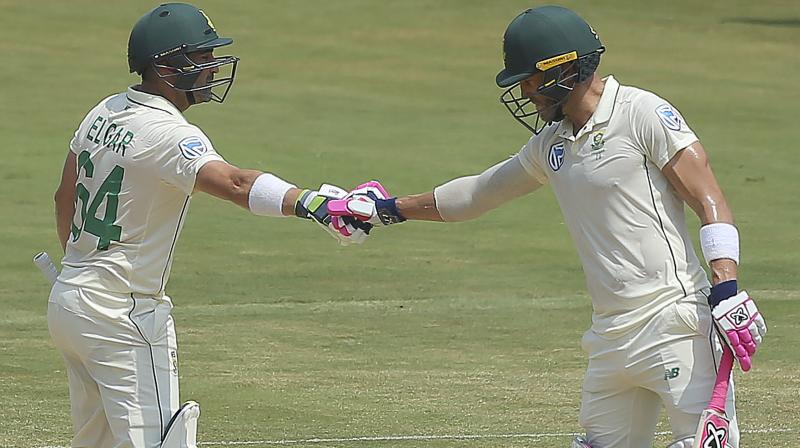 South Africa losing three straight toss in India has frustrated Faf du Plessis, so much so that the embattled Test captain has suggested doing away with the rule in the five-day format. (Photo:AFP)

Johannesburg: South Africa losing three straight toss in India has frustrated Faf du Plessis, so much so that the embattled Test captain has suggested doing away with the rule in the five-day format.

India trounced South Africa 3-0 in a Test series recently and while Du Plessis admitted that his team had been outplayed and lacked mental strength, he said losing the toss in all three matches had made an already difficult task almost impossible.

"Every Test match, they bat first, they score 500, they declare when it's dark, they get three wickets when it's dark and when day three starts, you're under pressure," du Plessis said.

"It was like copy and paste in every Test match."

Du Plessis believes getting rid of the toss in Test cricket would help teams compete better when they travel away from home.

"It was obvious from the way we played the last Test match. We started really well but by being put under pressure for a long period of time through the series, slowly but surely we started playing worse."

Hoping for a change in fortunes, du Plessis sent Temba Bavuma for toss ahead of the third Test in Ranchi, a move that was widely criticised by the country's former players, including ex-captain Graeme Smith.

Seeking clarity from Cricket South Africa on the road ahead, du Plessis highlighted the importance of the involvement of former players in the development of the team.

"The most important thing right now is clarity. Someone needs to make decisions, the director of cricket first and then filter down so that everyone else can make decisions.

"It's obvious that we need to make more use of ex-players, but it also comes with challenges. I suppose it always comes down to finance. I know for a fact that we have tried to get them involved, but the financial thing is a hurdle.

"We need experience in the team right now and that comes from ex-players," he said.

The South African coaching staff and selection committee, led by Ottis Gibson, was sacked after a below-par World Cup campaign, and a new structure was put in place.

However, the members were inducted into the new structure only on an interim basis.