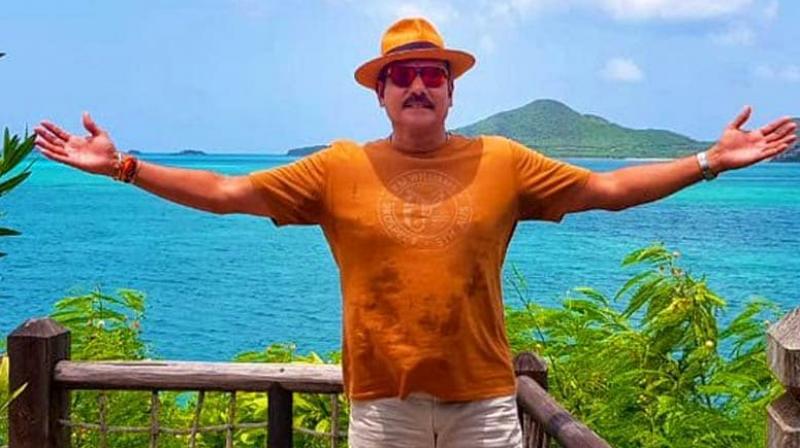 However, after India’s victory, head coach Ravi Shastri and his support staff fully utilised the day off by relaxing near the sea shore. Shastri then took to twitter to share his photo in which his back facing the sea. Shastri shared his photo from "Coco Bay" in Antigua. In the picture, the former cricketer captioned his photo as "Hot hot hot. Time for some juice. Coco Bay Sheer Rocks Beautiful. Antigua."

Meanwhile, the trollers took no time to troll Shastri for relaxing at “Coco Bay”.

I go for whiskey 🤔 pic.twitter.com/Su73EQAjlE

after having some juice. pic.twitter.com/YCr45Sa3sw

Concentrate on your fitness as well as stomach... U r a Indian coach not an galli coach

U need 🍺 not juice. Please show a side view of urs in next picture.. wanted to see growth of your baby😁