In the picture, Mayank Agarwal and Ravichandran Ashwin can also be seen. 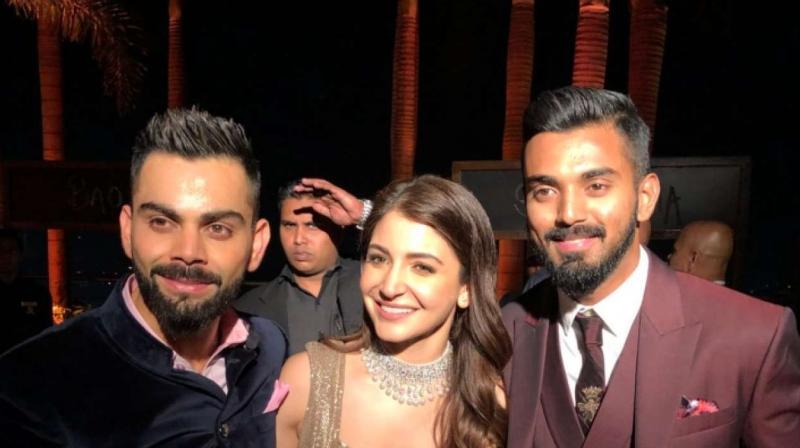 New Delhi: After recording a win in the first Test of the two-match series against Windies, India's opening batsman KL Rahul was seen having some time away from the game along with skipper Virat Kohli and Bollywood actor Anushka Sharma.

In the picture, Mayank Agarwal and Ravichandran Ashwin can also be seen.
Rahul shared the picture on Twitter and wrote: "Endless blues," as the caption.

Rahul was able to score 82 runs in the match. He scored 44 runs in the first innings whereas he registered 38 runs in the second.

Skipper Kohli had added yet another feather to his cap, as he became the most successful Indian captain in overseas Tests.

Kohli had gone past former captain Sourav Ganguly to achieve the feat. Win against Windies in the first Test was Kohli's 12th overseas Test victory.

He had broken the record in his 26th match as skipper on foreign soil on Sunday. Ganguly had 11 Test wins from 28 matches.

India have a 1-0 lead in the series and the team will take on the Caribbean side in the second Test, beginning August 30 at Jamaica.