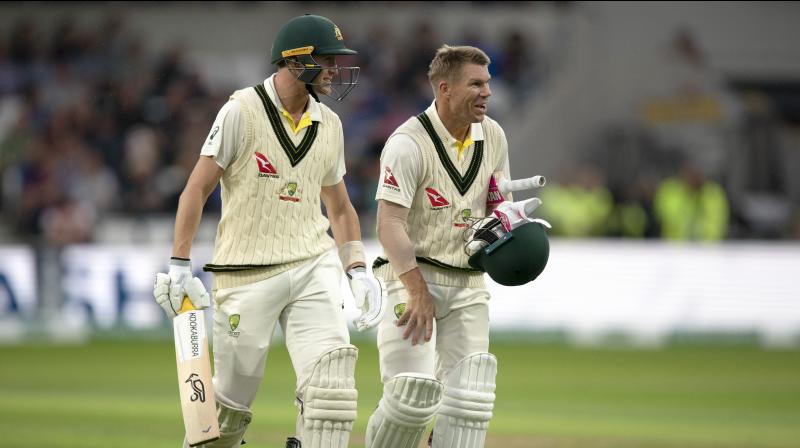 Steve Smith, who missed the third Ashes Test match due to concussion, is also likely to return in the fourth match. And if he returns, the team will have to make way for Smith. (Photo:AP)

Melbourne: After losing the third Ashes Test match, Australia coach Justin Langer that said that the team is not batting well enough.

"One thing I do know is we're not batting well enough at the moment. I said at the start of the series that the team that bats best will win the Ashes. We're certainly not at our best with our batting at the moment," Cricket.com.au quoted Langer as saying.

Despite bundling out England on just 67 runs in the first inning, Joe Root-led side managed to level the series by registering a one-wicket victory in the third Ashes Test match. It was Ben Stokes' unbeaten 135 runs innings which helped the hosts to win the match.

Steve Smith, who missed the third Ashes Test match due to concussion, is also likely to return in the fourth match. And if he returns, the team will have to make way for Smith.

Smith's replacement Marnus Labuschagne has displayed a phenomenal form which will make the decision even harder.

"We can't fit them all in, that's one issue we've got," Langer said.

The fourth Ashes Test match between Australia and England will commence from September 4.