Chasing a target of 315, Bangladesh suffered the first blow in the fifth bowl of the inning as skipper Tamim Iqbal was dismissed by Malinga. 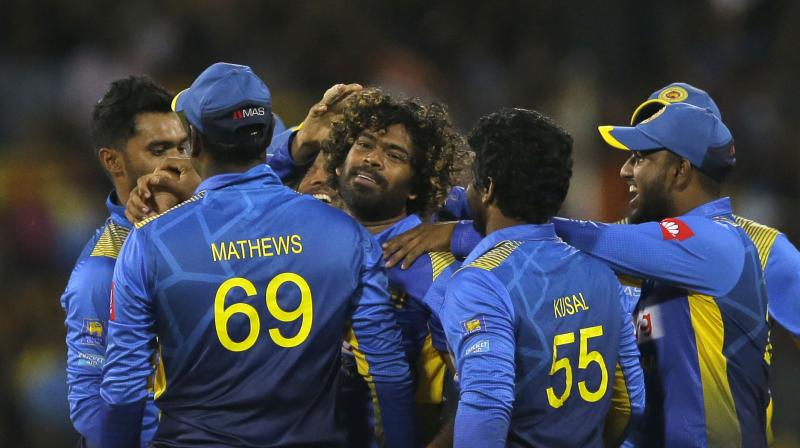 Sri Lanka will next play against Bangladesh in second ODI on July 28. (Photo: AP)

Chasing a target of 315, Bangladesh suffered the first blow in the fifth bowl of the inning as skipper Tamim Iqbal was dismissed by Lasith Malinga. Malinga who was playing his last international game struck in his first over and bowled Iqbal for a duck.

Mohammad Mithun joined Soumya Sarkar in the middle and built a 29-run partnership for the second wicket. Mithun (10) was sent to pavilion by Malinga too in the eighth over.

Mushfiqur Rahim came in to bat at number three and joined Sarkar in the middle. Sarkar departed after scoring 15 runs in the 9th over.

Mahmudullah (3) who came into bat at number five also gifted his wicket cheaply to Lahiru Kumara in the 12th over.

Sabbir Rahman with Rahim built a 111-runs partnership and helped the team to get past the 150-run mark. Silva took Rahman's (60) wicket in the 29th over.
Lower-order failed to add runs on the scoreboard and the side lost wickets in regular intervals. Rahim held the one end strong and amassed 67 runs before he was departed by Nuwan Pradeep.

For Sri Lanka, Malinga and Pradeep bagged three wickets each. Earlier, Sri Lankan skipper Dimuth Karunaratne won the toss and elected to bat first. Avishka Fernando and Karunaratne opened innings for the team and built a brief partnership of 10-runs for the first wicket.

Fernando (7) was dismissed by Shafiul Islam in the third over, the ball took an edge of Fernando's bat and landed at the hands of Soumya Sarkar at first slip.
Kusal Perera joined Karunaratne in middle and stitched a stand of 97 runs before latter departed in the 15th over after scoring 36 runs.

Perera along with Kusal Mendis built a partnership of 100-runs for the third wicket. Perera (111) was dismissed by part-timer Sarkar in the 33rd over.

Mendis (43) and Angelo Mathews (48) played a crucial knock in posting a target of 315. Lahiru Thirimanne (25) and Dhananjaya de Silva (18) also added handy runs in the lower order. Lasith Malinga remained not out on six runs.

Sri Lanka will next play against Bangladesh in second ODI on July 28.