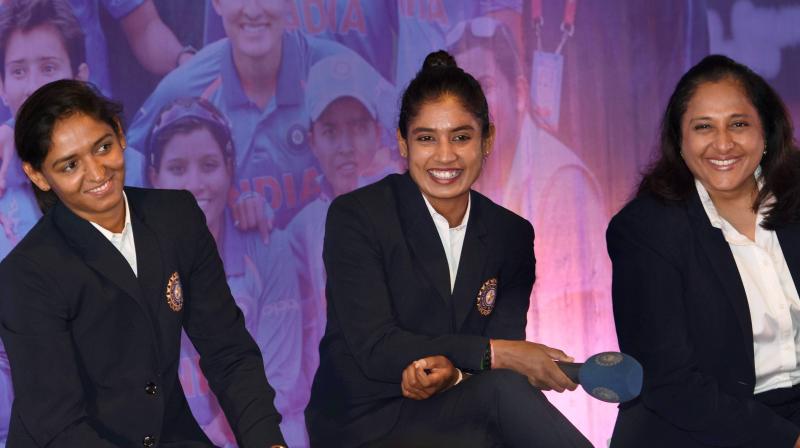 The Women in Blue performed extremely well throughout the tournament before ending up as runner-up, going down by nine runs to England. (Photo: PTI)

New Delhi: The Indian Railways announced on Thursday a cash reward of Rs 1.3 crore for 10 members of Indian women's cricket team for their stellar performance throughout the recently-concluded ICC Women's World Cup.

Earlier, the Board of Control for Cricket in India (BCCI) had also rewarded the Mithali Raj-led side with the cash prize of Rs 50 lakh to each player.

The board had also declared that the support staff will be given cash reward of Rs.25 lakh each.

The Women in Blue performed extremely well throughout the tournament before ending up as runner-up, going down by nine runs to England in a nail-biting final at Lord's on July 23.

On Wednesday, the Indian team was given a rousing reception at the Chhatrapati Shivaji International Airport in Mumbai on their return from London.