The Indian squad may sport orange jerseys in some World Cup games including one against hosts England. 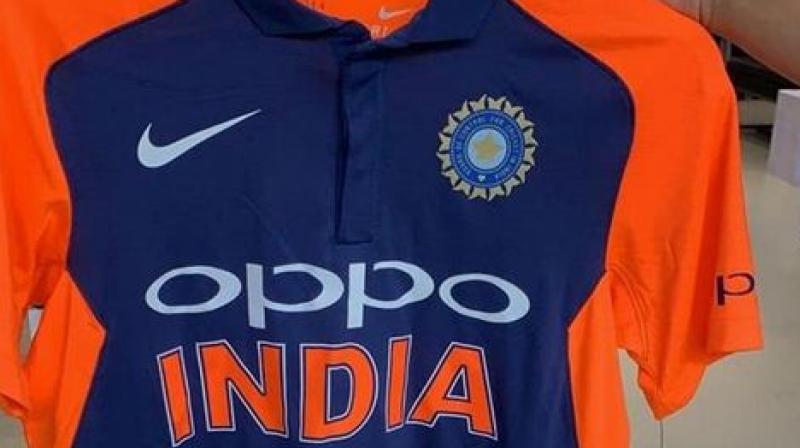 The Indian squad may sport orange jerseys in some World Cup games including one against hosts England as India's blue jersey clashes with England's own blue. The International Cricket Council has asked all teams except England to carry two sets of uniforms.

Speaking to reporters outside the state legislature, Azmi said he feels happy when the Indian cricket team wins.

"But Modi wants to paint the entire country with saffron," he said.

"Today, jerseys are being made saffron. Modi-ji, the person who decided the colours of the national flag was a Muslim leader. If you want to pick a colour for the jersey, pick the tricolour, I won't mind," he said.

"But it will be unjust if you paint everything saffron.....people should oppose it," Azmi said.

BJP MLA Ram Kadam said the opposition parties were running out of issues during the ongoing monsoon session.

"Hence they are politicizing what should be the colour of Indian team's jersey...Why not saffron? Why they hate saffron so much?" he said.

The BJP's flag has both green and saffron in it, he noted.

"Let the cricketers decide the colour of their jersey. Will the opposition decide that?" he asked.

Shiv Sena spokesperson Manisha Kayande said the opposition parties were staring at a defeat in the coming Assembly polls, therefore they were indulging in "childish talk".

"What problem they have with saffron? Saffron is part of the tricolour and it was chosen for the jersey. What is the problem with that?" she asked.

Naseem Khan, a Congress MLA from the city, endorsed Azmi's charge of `saffronisation'.

"Be it sports, culture or education...it is very unfortunate that saffron politics is being played. It is the tricolour which must be respected first...current government is taking the country towards saffronisation, which will damage the country's unity," Khan said.