England have not beaten India or New Zealand in seven attempts at the World Cup since 1992. 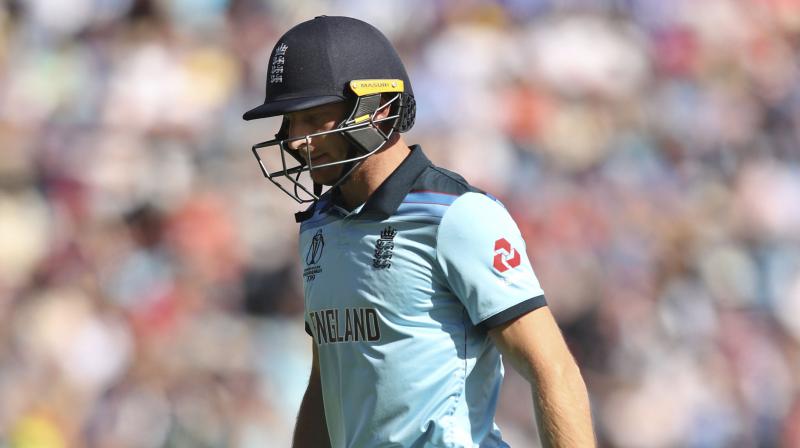 The hosts were criticised for not making most of the conditions against Australia despite winning the toss while their 'one-dimensional' approach to batting during the tournament has been slammed by pundits. (Photo:AP)

Fourth-placed England will be playing two virtual “quarter-finals” at the Cricket World Cup when they face India and New Zealand in their last two round robin matches as they look to seal a semi-final spot, batsman Joe Root has said.

England’s 64-run loss to Australia on Tuesday left their qualification hopes in the balance with Bangladesh, Pakistan (both one point behind) and Sri Lanka (two points behind with a game in hand) breathing down their necks.

England have not beaten India or New Zealand in seven attempts at the World Cup since 1992 but Root is confident they can still reach the knockout stages.

“We’ll see these two games as quarter-finals... which in a way when it comes round to the knockout stage should serve you well,” Root told reporters.

“We believe we’re still more than capable of qualifying for the semi-finals and when that happens, it doesn’t really matter how you got there because that’s when the tournament really starts to kick in.

“I personally think we’ve got to be very calm about how we approach the next couple of games. The games themselves might get quite emotional, especially the atmosphere at Edgbaston against India.”

Root also said that England have not adapted to the slow pitches at the tournament, having played on batsman-friendly surfaces at the same grounds during one-day international bilateral series played in the buildup to the World Cup.

The hosts were criticised for not making most of the conditions against Australia despite winning the toss while their “one-dimensional” approach to batting during the tournament has been slammed by pundits.

“We’ve been turning up to some venues and things have been quite different throughout this tournament to when we play one-day series there in the past and we haven’t necessarily adapted as well as we could,” Root added.

“You look at some of the par scores and they have been very different to when we have played there in bilateral series.”

England play India on Sunday and their final game against New Zealand next Wednesday.