Jasprit Bumrah's role was instrumental in India reaching the finals of the tournament which they lost to Pakistan. 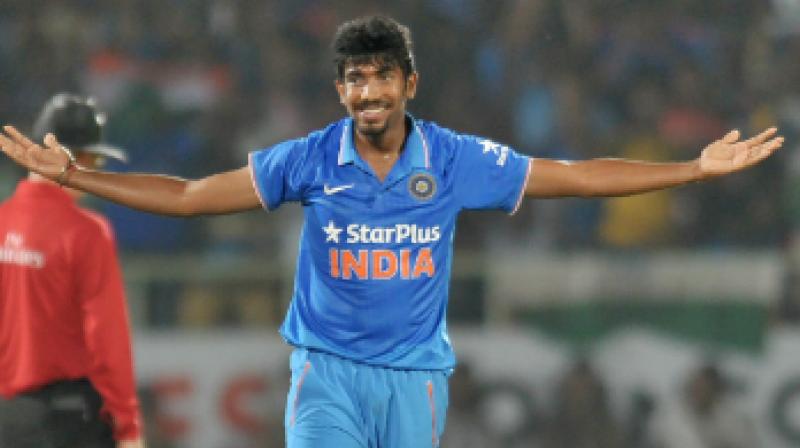 Jasaprit Bumrah managed to take four wickets in the five matches he played in the ICC Champions Trophy. (Photo: AFP)

Dubai: India's death over specialist Jasprit Bumrah has risen to the second spot in the latest ICC T20I Rankings for bowlers.

Bumrah managed to take four wickets in the five matches he played in the ICC Champions Trophy. His role was however instrumental in India reaching the final of the tournament which they lost to Pakistan.

Tahir, slipped two places after he managed only one wicket in two matches in the three-match series against England which Proteas lost 1-2.

In the other major movements in the bowlers' table, South Africa's Chris Morris has vaulted 32 places to 29th, while England's Liam Plunkett has jumped 26 places to 38th.

In the batting table, India skipper Virat Kohli, Aaron Finch of Australia and Kane Williamson of New Zealand have retained the top three positions. However, AB de Villiers and Jason Roy are the biggest movers following the just-concluded series.

De Villiers, who was the leading run-getter in the series with 146 runs, has returned to the top 20 in 20thposition after rising 12 places, while Roy's series aggregate of 103 runs has helped him achieve a career-high 25th position after jumping 26 places.

There is no change in the top three of the all-rounders' table which is headed by Shakib Al Hasan of Bangladesh, who is followed by Glenn Maxwell of Australia and Afghanistan's Mohammad Nabi.

Meanwhile, in the ICC T20I Team Rankings, England have moved into outright second position. It had started the series level with Pakistan on 121 points, but have now moved to 123 points to trail number-one ranked New Zealand by two points.

In contrast, South Africa have dropped one point to join Australia on 110 points. However, it is ranked ahead of Australia by a fraction of a point, and occupies the sixth position.