Kohli said the role which Rahane plays lends balance to the side. 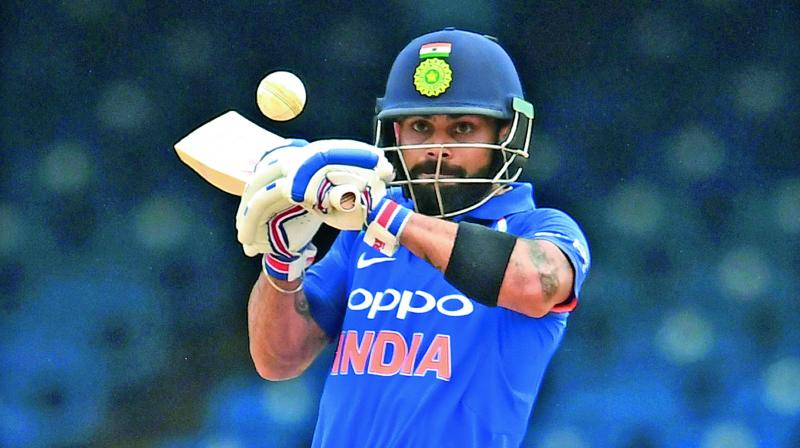 Port of Spain: India skipper Virat Kohli praised centurion Ajinkya Rahane, saying his presence brings a balance to the side and allows him to play an extra bowler, which will come handy during the 2019 World Cup.

Rahane blasted a 104-ball 103 — studded with two sixes and 10 boundaries — to power India to 310-5 against the West Indies in the rain-truncated second one-dayer here.

“Jinx (Rahane) has been a part of the ODI set-up for a while and we all felt he had a great potential at the top of the order. He is always there as the third opening batsman,” Kohli said.

“In this series, he has batted really well in both the games. He paced his innings well. He is such an established Test batsman. He wants to make it count in the shorter format. I think he has started taking a lot less pressure on himself and has begun enjoying his game more. He can only go up from here and improve in this format,” he added.

Kohli said the role which Rahane plays lends balance to the side. “He can be that floater for us in the middle order. He might allow you to play an extra bowler in a big tournament like the 2019 World Cup. There are very few people who can perform two roles for the team. He can open and he can play in the middle-order.

“So, I see him providing more balance to us as a side, in terms of allowing us to taking an extra bowling option when he is there,” he explained. The young Kuldeep Yadav scalped three wickets in his second ODI to help India restrict West Indies to 205-6 and Kohli described the spinner as a lethal bowler.

“His cross seam deliveries turn both ways. I have faced him in the IPL. He’s quite amazing with what he does with the bowl and especially on dry wickets like it was, he becomes even more lethal. Credit to him for putting up such a performance,” he said.

“A wrist spinner is a bonus. When you talk about the 2019 World Cup, We have 15 players here, 10-12 players are ready back home, who will be tested how they react in pressure situation, and who is going make impact in middle overs with the ball. We need to identify and then figure out who are performing under pressure.”

Talking about the overall team composition, Kohli said: “For us as a team, it’s about doing the things right that we can do right, execute our skills to the best of our potential and regardless of how the opposition reacts, we want to do our things right, stay committed on the field be it batting, bowling or fielding.” India will play the third ODI on June 30 at Antigua’s Sir Vivian Richards stadium.