The Indian cricket team made its presence felt at the international cricket when it won its first maiden world cup title in the year 1983. 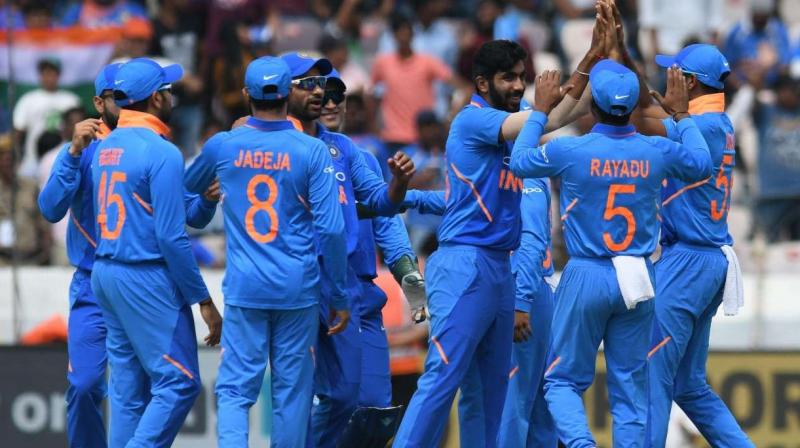 In 2008, the Indian side showed its real power after it defeated World Champions Australia in a tri-series final. (Photo: AP) 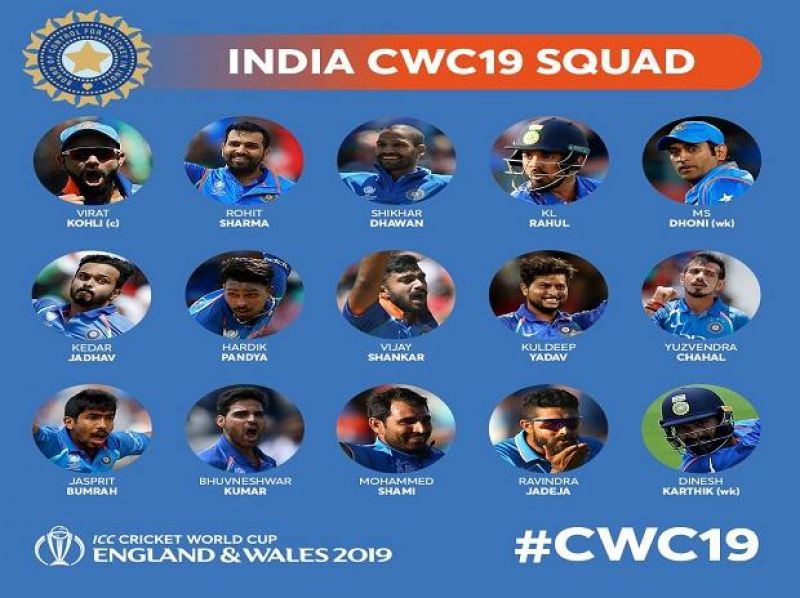 The Indian cricket team made its presence felt at the international cricket when it won its first maiden world cup title in the year 1983. However, prior to India’s World Cup title, they were never even considered as a force to be reckoned with. India’s journey at the World Cup started right after the 1971 war against its nemesis, Pakistan.

But, back then India’s team was relatively inexperienced and young as it had just played its first ODI only a year ago. Back then, India’s team had the likes of Srinivasaraghavan Venkataraghavan, Bishen Singh Bedi, Anshuman Gaekwad, Brijesh Patel, Eknath Solkar, Farokh Engineer, Gundappa Vishwanath, Karsan Ghavri, Madan Lal, Mohinder Amarnath, Sunil Gavaskar, and Syed Abid Al.

Despite having the likes of Gundappa Viswanath and others, the Srinivasaraghavan Venkataraghavan-led team wasn’t able to clinch their maiden World Cup title.

However, the period from 1975 to 1979 can be considered as a developing era for the Indian team, as the unit slowly started to catch up with other teams. From 1975 to 1979 the Indian outfit maintained its track towards being a formidable team.

The 1983 era will always be known as the golden era of the Indian cricket because during that year only the Indian team lifted its first maiden World Cup trophy to become the first Asian team from the sub-continent to clinch the prestigious trophy.

And, with the emergence of players like Kapil Dev, Mohinder Amarnath, Madan Lal, Ravi Shashtri, Roger Binny, Krishnamachari Srikkanth, Dilip Vengsarkar, Yashpal Sharma and Sandeep Patil, India slowly started to dominate other cricket playing nations. And, all credit goes to Kapil Dev and his team-mates who helped India to mark their dominance in the world cricket.

Since India lifted their first World Cup title, the team has gone through many transition phase to land players in the ranks of Sachin Tendulkar, Sourav Ganguly, VVS Laxman, Rahul Dravid and many others players who helped India to stamp their mark in the international scenario.

Unlike its arch-rival Pakistan, India never had any problems in producing quality players because of its financial status. With time, India established various sporting infrastructures across the country to develop and train its talented players.

Nevertheless, for India the most beneficial tournament has been the IPL as it has helped India to locate and find many new unseen talents from all across the globe.

In 2008, the Indian side showed its real power after it defeated World Champions Australia in a tri-series final. The side was led by talented and young Mahendra Singh Dhoni. And it was under his leadership only that the team was able to win the inaugural World T20 Championship versus Pakistan in 2007.

Since that glorious CB series victory in Australia, the Indian team has emerged as one of the biggest threats in the cricketing world. The Indian team has now become more aggressive in its style of playing cricket.

This change was brought on by the 2011 World Cup winning captain, MS Dhoni, who has led India to several trophies.

Nevertheless, having said all these, let’s look at the performance of the Indian cricket team at the biggest event.

As we mentioned before, for the Indian unit, the 1975 and 1979 edition of World Cup was nothing short of a disappointment as the crashed out of the mega event in the first stage only.

The 1983 year was a year which saw the Kapil Dev-led team produce some exemplary performances to rattle two-times Champions, West Indies, and lifted the coveted trophy for the first time.

Co-host India did put some fight to reach the semis, but the team got blown away by a formidable England side which cruised to the finals, only to be rattled by the eventual winners, Australia.

Three-time semi-finalists, India once again showed a spirited form to reach the semis only to be punched by the eventual winners, Sri Lanka.

The 1999 edition proved to be a major disappointment for the Indian fans as the side faltered in the super-six stage after collecting just one win, and suffering four defeats.

The Sourav Ganguly-led side produced some heart winning performances to reach the finals, but at the end it was Australia who took the glorious prize away ultimately.

The Rahul Dravid-led side was expected to lead India to their second World Cup bid but their journey was halted as they were beaten and bruised by a resurgent Sri Lankan side, and were embarrassed by minnows Bangladesh.

2011 was a year which saw India regain their dominance in the cricketing world as India’s former and most successful captain helped India lift their second World Cup after 28 years.

Since the retirement of India’s master blaster batsman Sachin Tendulkar pacer Zaheer Khan and others, there has been a shift of fortunes as two-time Champions, India were stopped by a resilient Australian side which eventually turned out to be the winners.

India will enter the marquee event as second favourites just behind World Cup host England. Virat Kohli will be leading the team for the first team. The second-ranked team is in sublime form after its glorious win in Australia and England. The team also ended the 2018 year with a 5-1 drubbing of South Africa, 3-1 thrashing of West Indies, and the Asia Cup victory.

India’s current World Cup squad has got all grounds covered, yet it still needs to fix the number four batting slot. KL Rahul will be used as a back-up for Rohit Sharma, besides he can also be used as a middle-order batsman if needed. Dinesh Karthik was picked-up as a back of Dhoni.

Virat Kohli, Rohit Sharma, Shikhar Dhawan, MS Dhoni, Bhuvneshwar Kumar, Mohammed Shami and Ravindra Jadeja are the only players from the 2015 World Cup squad. Vijay Shankar will be reserved for the number four batsman, but, he can also be used as a bowling all-rounder if Hardik Pandya gets injured.

The selectors have selected Dinesh Karthik instead of Rishabh Pant because Karthik has more experience than Pant and has great wicket-keeping abilities. However, Karthik will get included in the playing XI only if Dhoni gets injured.

Meanwhile, statistics has shown that KL Rahul does hold a woeful average of 34.3 in his 13 matches. Despite that KL Rahul got the nod over Ajinkya Rahane, who fared well as a reserve opener in 2017 with an average of 48.83.

The selectors also surprised us by taking only three genuine pacers in Jasprit Bumrah, Mohammed Shami and Bhuvneshwar Kumar, and two fast-bowling all-rounders in Hardik Pandya and Vijay Shankar.

The only exception is that Bumrah, Shami and Bhuvneshwar will feature in every match, and Pandya and Shankar will play more like a batsman than an all-rounder. However, a back-up pacer would have been more ideal for the squad.

Kuldeep Yadav and Yuzvendra Chahal will be the prime spinners, as they have formed an impactful and dominating bowling partnership. However, their playing chances in the first XI depends on conditions. Moreover, Kedar Jadhav can also play as second spinner if the condition requires. Kuldeep will be the primary spinner.

Ravindra Jadeja will be a reserve all-rounder, spinner and fielder. Here is some good news for the team – lower-order batsman Jadeja scored a vital 50 and took India to a paltry score of 179 versus New Zealand during the World Cup Warm up match.

Although, India’s main concern is their middle-order. If the top order fails then just like a deck of cards the middle-order also fails, and that was evident in the match against New Zealand.

KL Rahul who got the chance to bat at number four in place of injured Vijay Shankar, couldn’t fully utilise his opportunity as he departed after scoring six off 10 balls.

Even Karthik and Dhoni were not able to hold the Indian innings as Karthik was softly dismissed for four after facing three balls, while Dhoni tried hard to anchor the innings before getting out cheaply for 17 from 42 balls.

Nevertheless, it will be intriguing to watch if the Indian team can fix its issues and problems in this year’s World Cup.

Here, in this article, we will analyse five players – five game changing players – out of the 15-member India squad.

India declared their 15-member World Cup squad, which is as follows:- 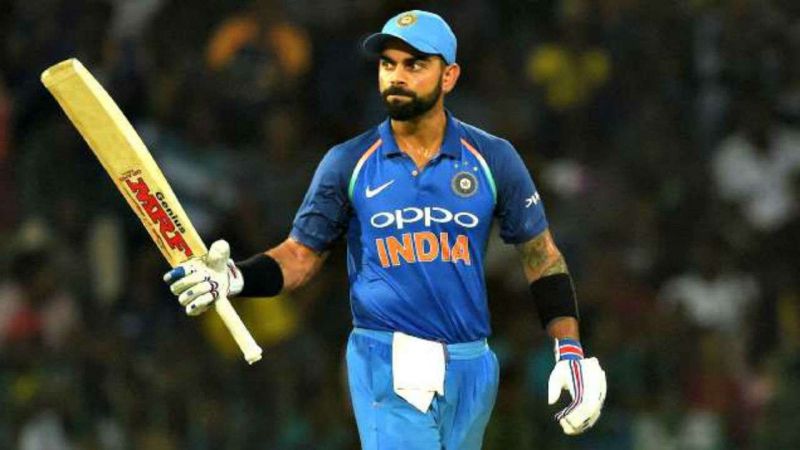 For Kohli, the 2019 edition of IPL was again forgettable. Kohli managed to score one century. Though Kohli did strike form, it was too late to make an impact on the tournament. His scored 464 runs in 14 innings. Kohli will be integral to India's success in the mega tournament. In 2018, Kohli averaged an amazing 133.55 in 14 ODIs. 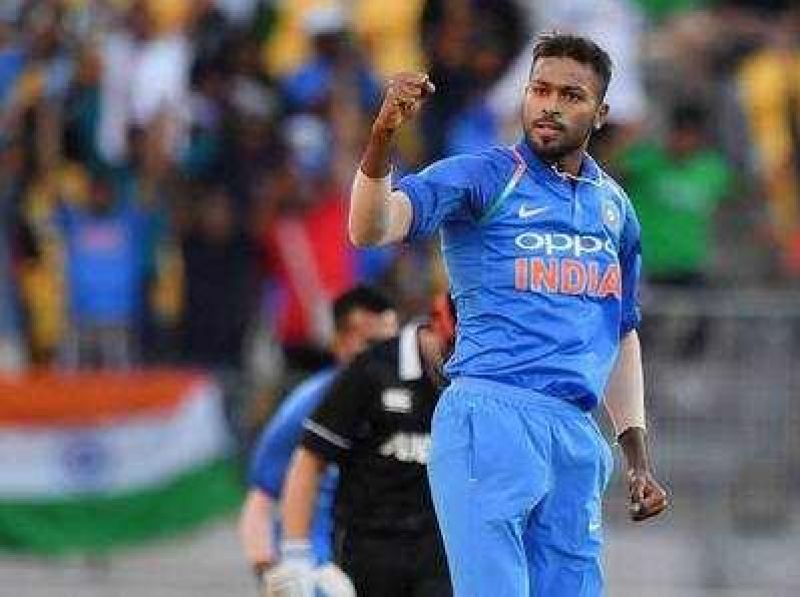 Hardik Pandya desperately wanted to shut up his critics especially after he made misogynistic comments in the Koffee with Karan show. The governing body of Indian cricket, BCCI, suspended Pandya, and K L Rahul for nearly two weeks.

And, as soon as the suspension was lifted, Hardik uplifted his game. Pandya was raring to go as soon as the Indian Premier League got started, and that was imminent as he plucked 402 runs with a strike rate of 191.42.  Along with that he scalped 14 wickets when his team needed the most.

Pandya showed a glimpse of his form when he and Jadeja pulled India towards a low score of 179. Pandya even picked a kiwi wicket. 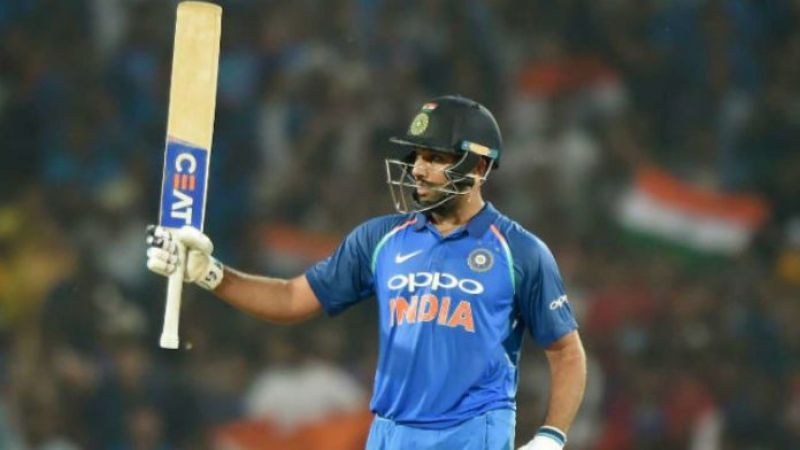 The MI captain did not have a decent IPL. Rohit only managed to score two 50s and that too in the second half of the tournament. The vice captain of India scored 405 runs at an average of 28.92. Rohit will be hungry to convert his poor form. Once Rohit gets going he will be hard to stop. 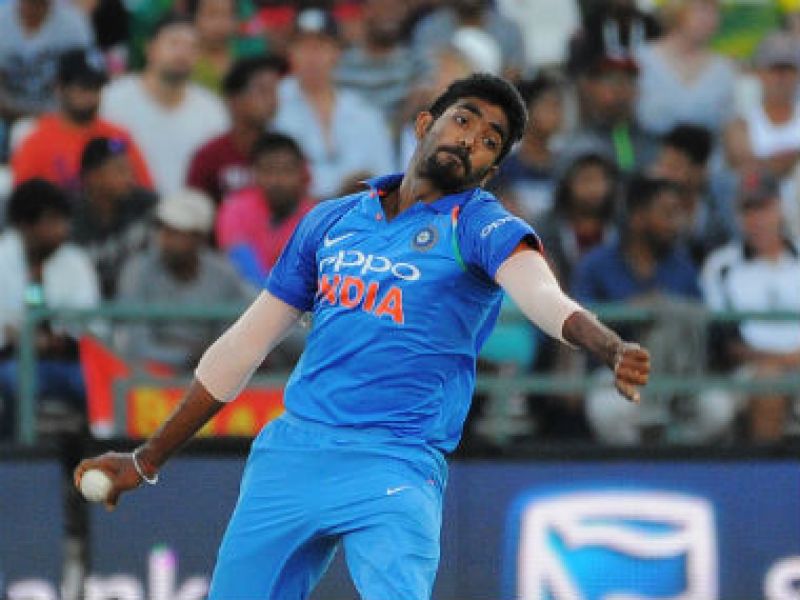 Jasprit Bumrah was outstanding in IPL as well as in the warm-up match versus New Zealand as he had figures of 4-2-2-1. Experts have already started calling him out as the world’s current best bowler, and they’ve rightly said so. Jasprit picked up 19 wickets with an amazing economy rate of 6.63 and he scalped those wickets in 16 matches. 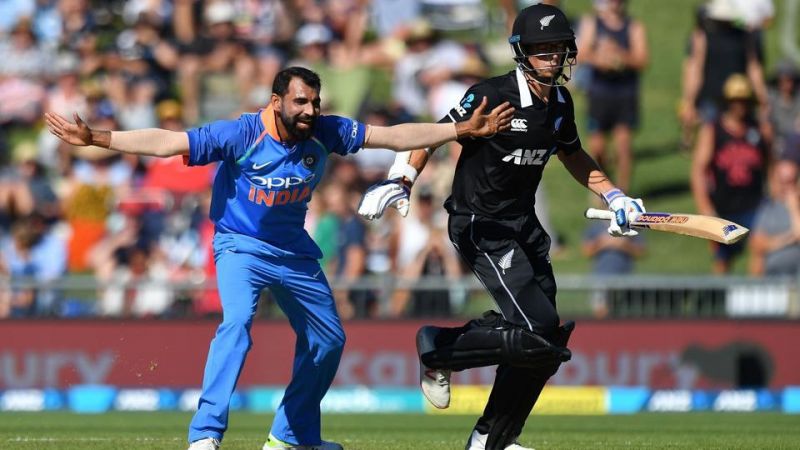 Shami’s IPL form was descent as he plucked wickets while on the side his partner leaked runs. Shami fetched 19 wickets in his 14 matches and he gave his best when his team needed the most. In the warm up game against the kiwis, Shami was economical yet wicket-less. 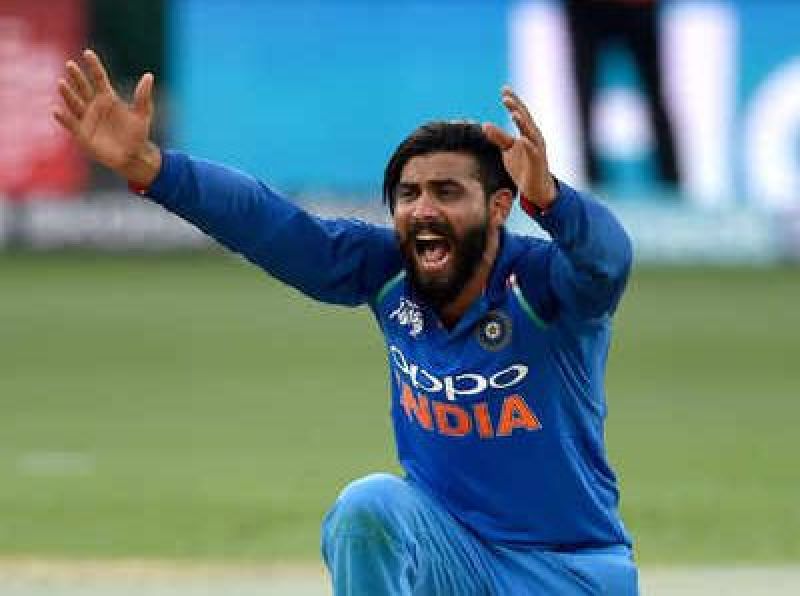 Jadeja’s IPL can be termed as average. With the bat, the left-hander didn’t make much of an impact, but with the ball, he did take 15 wickets out of his 16 games at an economy rate of 6.35.  But he fared well with the bat against the World Cup warm up match versus the black cap as he scored 54 runs.

This is a strong and stable squad that can include till seven bowlers in the playing XI, and that must be decided by Kohli, Rohit, and Dhoni. But the clumsiness of the middle order is an issue as most of the runs come from the bat of Kohli, Rohit and Dhawan.

Also, it’s vital to note how the team uses Kuldeep throughout the World Cup will also be important.  If the side fixes its issues quickly then they will reach the finals and anything less than that will be a disappointment.