With the change in format for 2019 edition where all teams play eachother in the league, Rhodes said that teams cannot afford to have an off day. 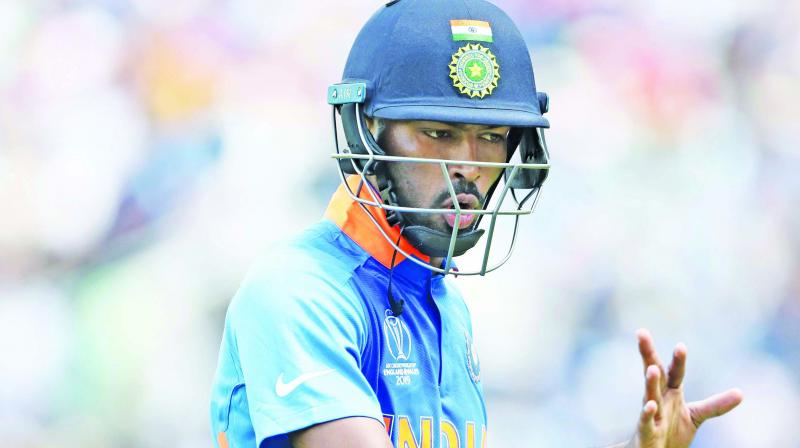 Bengaluru: Former South African cricketer Jonty Rhodes said Hardik Pandya could be the X-factor for the Indian side in the upcoming World Cup.

Rhodes was in the city for a promotional event.“He is a player who can turn a game with bat and ball,” said Rhodes.

Rhodes felt that the Baroda-born all-rounder is, at times, unfairly criticised. “Sometimes he is criticised in India mainly, in that he gets compared to Kapil Dev as an all-rounder, but I think he is slightly undervalued with the contributions that he does make as he has a knack of taking wickets. He scores runs fairly consistently down the order towards the death,” he said.

On the team which has the best chances at the World Cup, Rhodes said that any top six teams can fancy beating each other on any day and also sounded caution about taking West Indies lightly. “It’s going to be tough to choose one favourite or even three favoutites or four. The competition is wide open and six of the top sides, ranking wise, honestly on the day can beat any side. You have to consider the West Indies”, he said.

An aspect that all the teams at the World Cup will be deal to with is the English conditions that can change pretty quickly. “The conditions, amazingly the weather will play a part, you saw yesterday with India. It’s going to be a swing day or a seaming day. Two different venues in London, with sunshine it could be dry, turning wicket,” he said.

With the change in format for 2019 edition where all teams play eachother in the league, Rhodes said that teams cannot afford to have an off day.

South Africa enter the competition this time around without star batsman AB de Villiers who retired in may last year and a low buzz, and it is this aspect that Rhodes feels that will benefit the rainbow nation.

“We have always gone there as one of the favourites to win the tournament and when we haven’t won it we have been called chokers. So interestingly now, maybe if anything that’s an advantage for South Africa, cause they are going in under the radar with no ABD there,” he said.

The lack of bowling variety in the Proteas attack could also hurt the South Africans if they play on a good batting wicket, according to Rhodes.

“Imran Tahir is a leg-spinner and a pretty effective one day bowler. Rabada, Dale Steyn, Ngidi will be relying heavily on pace with regards to the attack. If it’s flat and good batting surface that might count against us”, he added.