McGrath retired from international cricket after winning the Player of the Tournament in Australia's victorious 2007 World Cup. 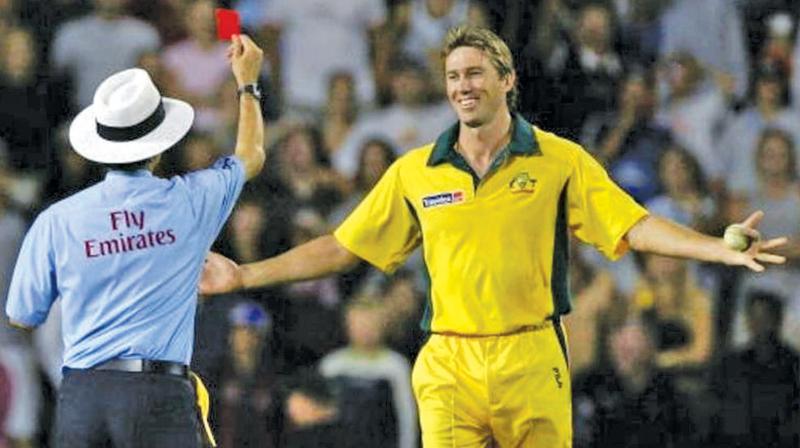 McGrath is now the director of cricket at the MRF Pace Foundation in Chennai. (Photo: File)

New Delhi: Australian pace legend Glenn McGrath has handpicked England as the favourites to lift the upcoming World Cup but said going by current form, India and Australia too are serious contenders for the title.

McGrath, who retired from international cricket after winning the Player of the Tournament in Australia's victorious 2007 World Cup, said going by their recent prowess in ODI, Eoin Morgan's men are the ones to beat in the showpiece, starting May 30 in the United Kingdom.

"England, a very good one-day unit. To me, they are the favourites going into this World Cup, so I think they'll do very well," McGrath was quoted as saying by ESPNcricinfo.

"Probably! I can't remain biased my whole life. You've got to go on current form. The England team - the way they go about it, they have impressed me. They have scored some big, big totals.

"Most teams used to go hard in the first 15 and the last 15 and consolidate in the middle. But teams like England, India are just going hard the whole 50 overs, and that's the impact T20 cricket has had. So yeah, I don't think I've ever said 'England are the team to beat' or the 'favourites'," he added.

McGrath, who is now the director of cricket at the MRF Pace Foundation in Chennai, however, was of the view that India and Australia have the capability to give England a tough fight.

"I didn't say they (England) were going to win the World Cup though! So they are the favourites and are going to be tough to beat in their own conditions, but fingers crossed, Australia can do well," he said.

"The two standouts to me were India and England, with fingers crossed, Australia doing well."

The former lanky right-arm pacer also picked South Africa, West Indies and Pakistan as the teams to watch out for in the World Cup, but predicted Australia to make the final.

"South Africa are always a good team, West Indies are a bit of a dark horse - they can play really well or badly, probably similar to Pakistan. So it's going to be an interesting World Cup. England and India are tough to beat, but with Australia's form, I think we'll see them make the final," McGrath said.

"I was a little bit concerned about how Australia were going to go, but their form of late has really impressed me. They've performed really well in conditions that are not suited to them, so that bodes well for their chances. I'd like to think that they'll make the finals.

"India are a quality one-day unit as well. They'll be in the running," he signed off.