According to Ponting, Dravid has a lot to offer and the new crop of Indian cricketers will get to learn a lot from the veteran’s experience. 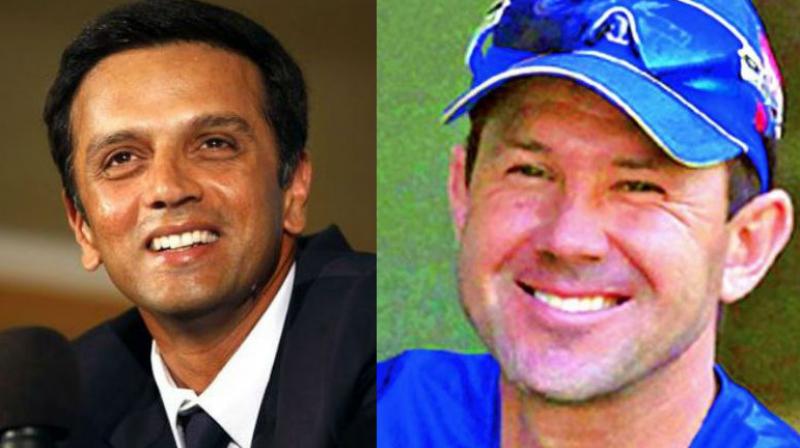 New Delhi: Former Australia skipper Ricky Ponting has always considered Rahul Dravid as an inspiration for youngsters. He believes that Dravid’s best quality is the ‘art of concentration’ and he finds it very intriguing.

Back in 2010 when Dravid was going through a lean patch, Ponting even encouraged the current Delhi Daredevils’ coach to fight through his struggles and continue playing.

Now that the BCCI is on a lookout for the Indian cricket team’s next chief coach, Ponting has suggested that Rahul Dravid, who has done wonders while coaching India A, is the best man for the job.

According to Ponting, Dravid has a lot to offer and the new crop of Indian cricketers will get to learn a lot from the veteran’s experience.

“It’s not my decision to make and it depends on what BCCI are looking for. Do they want an Indian coach or an overseas one? I don’t think BCCI will find many better candidates than someone like him. If he’s interested in doing the job, he will do a good job,” said Ponting.

“He’s got a lot of knowledge, is very experienced and understands all three formats because he has worked in IPL. He will be a great candidate but it depends on what the BCCI thinks is the best fit for the Indian cricket team and also depends on what the captain wants. Whatever Virat (Kohli) wants around the Test team, I am sure the BCCI will listen to him.”

As the BCCI has started looking for fresh applications for the post, Anil Kumble, the first full-time coach appointed by India since Kapil Dev in 2000, has got a direct entry.

However, the final call will be made by the cricket advisory committee consisting of the influential trio — Sachin Tendulkar, Sourav Ganguly and V.V.S. Laxman.