Will take all games as against India: Sarfaraz Ahmed

In an interview to a television channel, the wicketkeeper-batsman was expectedly asked about the June 16 match against India. 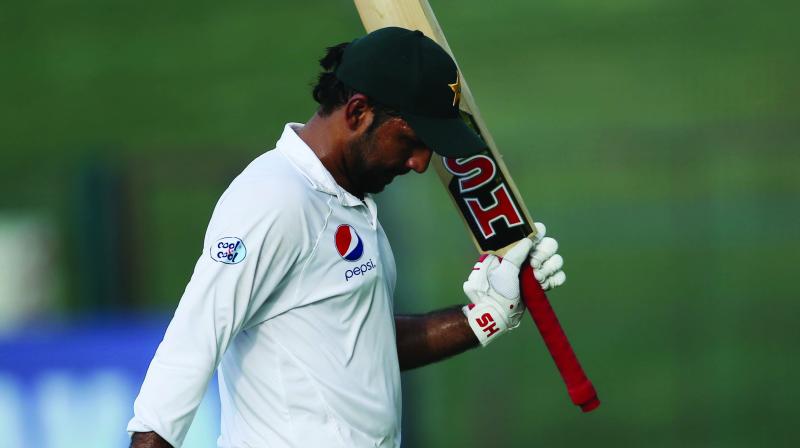 Karachi: Pakistan captain Sarfaraz Ahmed has said that his team will approach every match of the upcoming World Cup like it does against arch-rivals India.

In an interview to a television channel, the wicketkeeper-batsman was expectedly asked about the June 16 match against India.

“The match against India is very important in many ways but it is one match and we need to play all our remaining matches in the tournament like we are playing against India,” he said.

The Pakistan squad is presently camped in Kent county where it is holding a camp and also play a practice game on April 27.

Pakistan will play a T20 international and five match ODI series against hosts England before the World Cup beginning May 30.

All eyes are on how reserve players Muhammad Aamir and batsman Asif Ali perform against England.

There is also lot of interest around the performances of teenaged fast bowler Muhammad Hasnain who has been named in the World Cup squad.

Chief selector Inzamam-ul-Haq has said that if Aamir and Asif produce impressive performances against England they could be considered for the World Cup as changes can be made in the 15 member squad until May 23.

Sarfaraz said that he was under no pressure as captain before the mega-event.

“Where I bat we will decide as the matches go but there is complete unanimity between me and Mickey Arthur and the selection committee over the players selected,” he said when asked if he had been consulted in the finalisation of the squad.

Sarfaraz said his team had the talent and depth to surprise any team but it was important for players to gain momentum and maintain it in the tournament as every team would have to play nine games to qualify for the knockout stage.

To a question, he said he was happy that other teams had been given the favourites tag in the World Cup. “It is good for us as it means there will be more pressure on the teams given the favourite tag and it also means that we can play as underdogs that is when we give our best and perform.”

Sarfaraz also made it clear he was excited about playing in the World Cup as a captain and player. He didn’t feel having just two survivors from the 2015 World Cup, including himself and Haris Sohail, in the present squad carried any significance.