Shams shines with the bat 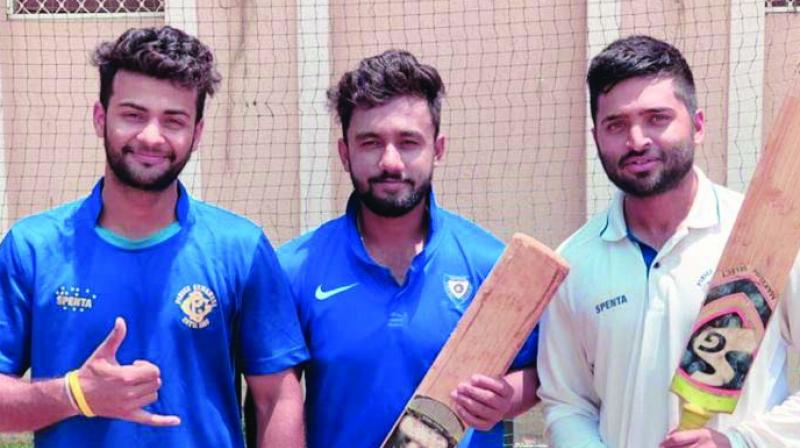 Mulani, who has played white ball cricket for Mumbai since 2017-18 season and made his first class debut also during 2018-19 season, struck unbeaten 85 in 41 balls as Parsee Gymkhana piled up 228 for four.

Mulani, who has earned name in city cricket due to his effective bowling in T20 cricket and has represented India A squad in Deodhar Trophy, also exhibited his talent with the bat ahead of the upcoming T20 Mumbai League. He represented Shivaji Park Lions last season.

Akarshit Gomel also made 49 to guide Parsee Gymkhana to a huge total. Later, the Parsee Gymkhana bowlers dismissed Bombay Gymkhana for a paltry 99 runs in 19.2 overs. Except for Abhishek Srivastav (42) none of the other batsmen got going. Rraunak, Atif Attarwala, Aditya Dhumal, Mainuddin Mulani and Anjadeep Lad picked two wickets apiece.

In another quarter match, Apollo Cricket Club held their nerves to snatch a close one run win against Mumbai Police Gymkhana.

Put in to bat first, Apollo CC managed to put up a challenging total of 171 for the loss of six wickets from their 20 overs. Siddhanth Singh top scored with an unbeaten knock of 74 runs while Abhinav Jagtap (35) and Sairaj Sangle (25) made useful contributions. Umar Khan (4/24) was the successful bowler for Mumbai Police.

In reply, Mumbai Police made a determined start as the openers Arsalan Oberoi (45) and Arman Shaikh (47) gave the policemen the perfect platform with a 90-run partnership for the first wicket. But the other batsmen were unable to maintain the momentum and the run-rate to consolidate their position. Apollo CC bowlers were disciplined and backed by some excellent fielding managed to clinch a win by a whisker and advance to the semi-finals.