Nevertheless, everyone's safety is the priority and the decision to conduct matches will not be decided by the economic need: Steve Elworthy 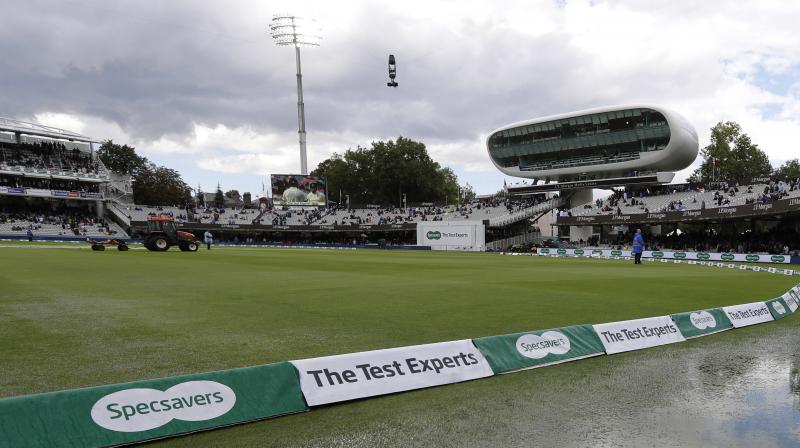 London: The England and Wales Cricket Board is planning to install coronavirus checkpoints and isolation units at grounds in its bid to resume international cricket without spectators.

The ECB had suspended all professional cricket till May 28, delaying the start of the new season, due to the COVID-19 pandemic, which has killed nearly 22,000 people globally.

However, ECB director of events Steve Elworthy said they are looking at ways to resume play inside closed doors and that it would need a sterile "bubble" to ensure the identification of anyone in the vicinity who was carrying the virus.

"We're mapping out what international matches would look like behind closed doors," Elworthy told the Guardian.

The UK government had banned mass gathering of more than 500 prior to current lockdown to contain the virus.

Alluding to the initial government advice, Elworthy said: "The advice around mass gatherings was 500 people or fewer. That was guided by the potential impact on critical services like paramedics and doctors.

"You would likely have to work within that number (which would be made up of essential matchday staff)... then you have to think about medical provisions, creating a safe and sterile environment around that venue, so that everyone who comes in is clear.

"So it's how you test them at the gate, the isolation units that you have to put in. These are considerations we are thinking about."

England are set to host four teams -- West Indies, Australia, Pakistan and Ireland -- this year, while England's women are due to host South Africa and India.

"We're now thinking of all these things, the risks posed, and it just gets bigger and wider," Elworthy said. "But if that is the situation we are faced with then we will deliver on absolutely every single one of those to make sure it does happen."

Elworthy, however, insisted everyone's safety is the priority and the decision to conduct matches will not be decided by the economic need.

"One thing you have to consider is the national mood. You might be able to deliver a match but would it be the right thing? Operationally, we believe we can deliver anything but we have to have an eye on that. You don't just operate in a bubble, you need peripheral vision.

"(And) making sure everyone is in a safe environment is front and centre of the discussions."