Sports   Cricket  27 Mar 2018  What's ball-tampering and why it is considered a serious offence?
Sports, Cricket

What's ball-tampering and why it is considered a serious offence? 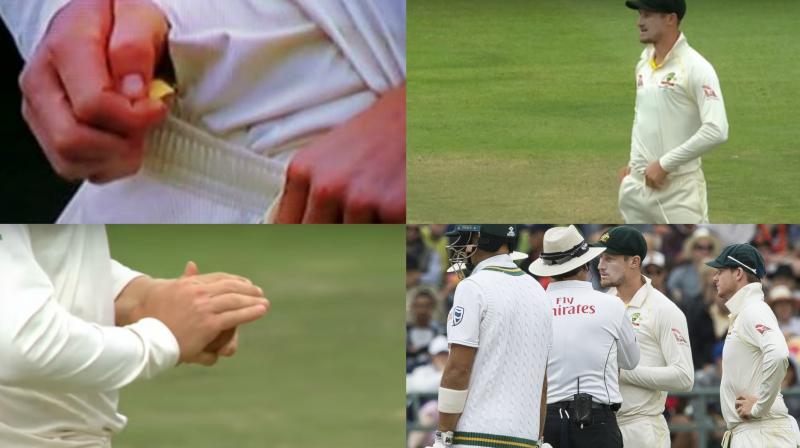 Cape Town: The cricketing world was taken aback when Australia’s Cameron Bancroft was caught on camera tampering the ball during day three of the third Test between South Africa and Australia in Cape Town. The admission came during the press conference as he and skipper Steve Smith admitted of the wrongdoing on the third day of the third Test at Newlands.

Both Smith and David Warner stepped down form their respected designation for wicket-keeper Tim Paine acted as stand-in-skipper for remainder of the Test match.

While Bancroft was fined 75 per cent of his match fees, Smith was suspended for a Test as his and Warner’s future as Australia’s captain and vice-captain hangs in balance. With Cricket Australia under tremendous pressure, Australian coach Darren Lehmann is also likely to get a boot.

Australian opening batsman Bancroft on day three was captured by television cameras having an object in his hand, after fielding the ball at cover. While the umpires Nigel Llong and Richard Illingworth were conferring, Bancroft appeared to place a small yellow object in his underpants. When the umpires went across to talk to him he reached into a pocket and showed them what seemed to be a different object - what looked like a soft pouch for sunglasses.

While the ball-tampering row has put question marks on Australian cricket team’s culture, here’s a brief guide to what’s ball-tampering.

What exactly is ball tampering?

What are the ways in which the ball is tampered?

The various ways to tamper with the ball is by throwing ball on the ground, scuffing with a fingernail or other sharp object, or tampering with the seam of the ball. Generally, the purpose of altering the state of the ball is to achieve more favourable bowling conditions.

What does ICC rules state?

2.2.9 Changing the condition of the ball in breach of clause 41.3 of the ICC Standard Test Match, ODI and T20I Playing Conditions.

Any action(s) likely to alter the condition of the ball which were not specifically permitted under clause 41.3.2 may be regarded as ‘unfair’. The following actions shall not be permitted (this list of actions is not exhaustive but included for illustrative purposes): (a) deliberately throwing the ball into the ground for the purpose of roughening it up; (b) applying any artificial substance to the ball; and applying any non-artificial substance for any purpose other than to polish the ball; (c) lifting or otherwise interfering with any of the seams of the ball; (d) scratching the surface of the ball with finger or thumb nails or any implement.