In the first T20, Indian bowlers had a small total to defend, but they still came up with a brilliant effort. 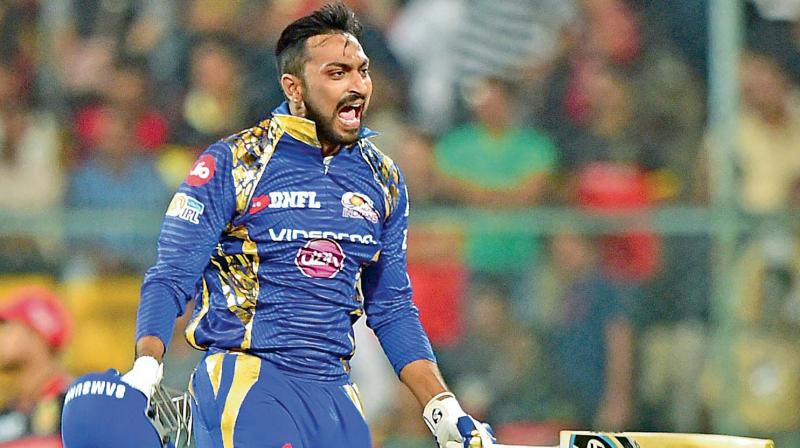 BENGALURU: Left-arm spinner Krunal Pandya believes India have the momentum to win the second T20I against Australia despite losing the opener in a thriller.  “We have been doing really well, apart from losing one or two odd games. So if we talk about momentum, it’s with Indian team and I am pretty sure that tomorrow and in the one-day series we will do well,” Krunal said.

With the series of decent performance with both bat and ball in the past six months, Krunal has been in contention to make it into the World Cup squad.

“Honestly, I am not thinking that far. I like to stay in present. I don’t want to think about the future,” Krunal added.

In the first T20, Indian bowlers had a small total to defend, but they still came up with a brilliant effort.

Krunal conceded just 17 runs and took a wicket of Ashton Turner for a duck. “It was a great bowling effort. Everyone chipped in with contributions and it was great that we almost defended 123.  There are lots of positive, in terms of bowling department, but when it comes to batting effort we have to be more cautious,” Pandya said.

“History suggests that Australia are a great competitive side and obviously whenever you play against them, they will give their 100 per cent,” he said.