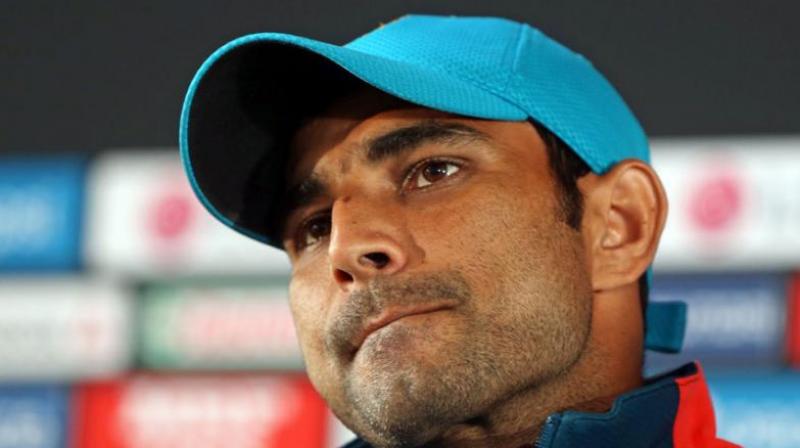 Kanpur: Indian pacer Mohammed Shami's father Tousif Ali has passed away after suffering a heart attack, forcing the cricketer to leave his rehab with the T20 team and rush to Amroha from here.

Shami, who is undergoing rehab after recuperating from knee injury, was with the team during the first T20 against England here.

Shami left for Amroha late last night. The pacer's father had been hospitalised since January 5 when he had first suffered a heart attack.

Uttar Pradesh Cricket Association (UPCA) Secretary Yudhvir Singh said the rest of the Indian team left for Lucknow today from where they boarded the flight for Nagpur, the venue of the second T20 on January 29.