After winning the 'Man of the series' award against England, Kedar Jadhav is optimistic about his chances in the upcoming months. 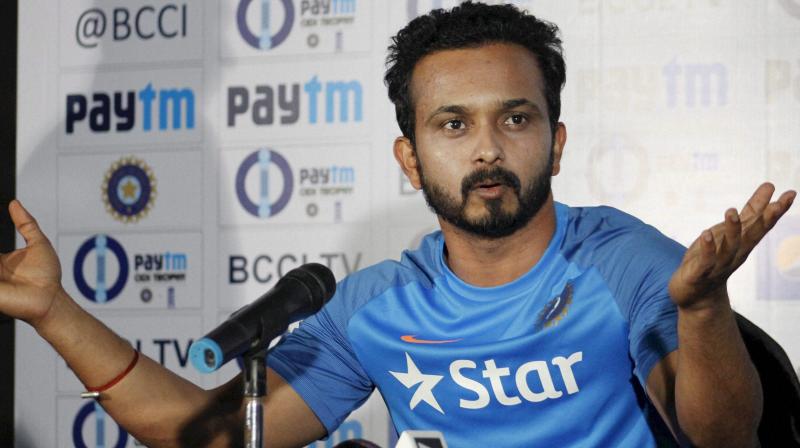 Kedar Jadhav has made the number six position in the Indian batting lineup his own. (Photo: PTI)

Pune: Kedar Jadhav, who became an overnight star after his match-winning knock against England here and went on to win the 'man of the series' award, says the series was the turning point of his career.

"After hitting the century against England in Pune, I thought if I continue with the same performance, there is a possibility of getting man of the series (award)," he said, in an interaction with media here today.

"I think the ODI series against England is the turning point of my cricketing career," said the Pune batsman, who made 120 off 76 balls in the exciting run-chase. The performance during New Zealand series gave him confidence, he said.

"Though I did not score big, whatever runs I scored, it gave me immense confidence....Before this series (against England), I had a gut feeling that I will perform, and I think, for any player, having such a feeling is most important thing," he said.

Speaking about captain Virat Kohli "blindly" trusting him, Jadhav said. "He has always encouraged me to play my natural game. Just by seeing him preparing for the game and playing one gets immense inspiration."

He also lauded Mahendra Singh Dhoni's calmness under pressure and said the company of former captain enhanced his maturity level. "He handles the pressure, faces the challenges and deals with the situation in a calm and composed manner," Jadhav said.

"Though Kohli and Dhoni have different temperaments and leading styles,  there is not much difference between the two and both are world-class captains," he added.

Asked if his performance against England would cement his place in the team, he said he believed in living in the present and not worrying about past failure or success.

However, he added, after getting a man of the series award "I think I will get chance for another two to three series".