The 33-year-old pacer has now joined the list which is lead by compatriot James Anderson with 428 wickets. 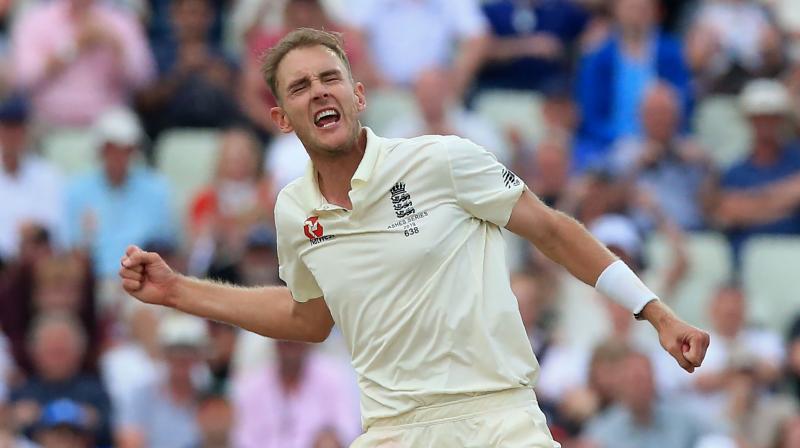 In the ongoing Test match between South Africa and England, Proteas skipper Faf du Plessis became the 400th wicket of Broad at the Supersport Park here.
Broad so far bowled 11 overs and picked two wickets. He also bowled four maiden overs in his spell. The visitors won the toss and opted to bowl first.

The 33-year-old pacer has now joined the list which is lead by compatriot James Anderson with 428 wickets.

Earlier in the day, Anderson became the fifth bowler in this decade to take a wicket on the first ball of a Test match. Anderson had Dena Elgar (0) caught at the hands of the wicket-keeper Jos Buttler on the very first ball of the match.

Before Anderson, Suranga Lakmal (Sri Lanka), Mitchell Starc (Australia) and Dale Steyn (South Africa) were the only ones to take a wicket on the first ball of a match this decade. Lakmal has done this twice in this decade (2010 and 2017).

In the match, Anderson also became only the second English cricketer to play 150 Test matches. Overall, he has now become the ninth cricketer to achieve the feat.