The 30-year-old Van der Dussen will bat at number five, in the place of Temba Bavuma who has been ruled out with a hip injury. 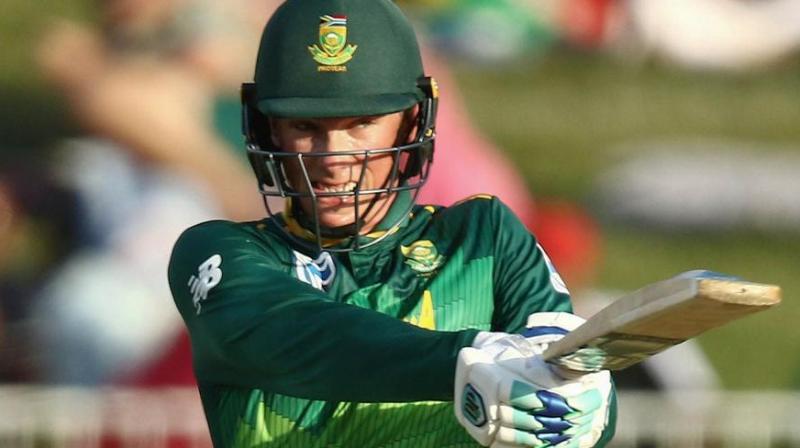 South Africa batsman Rassie van der Dussen will make his test debut in the first match of the series against England starting on Thursday. (Photo:AFP)

PRETORIA: South Africa batsman Rassie van der Dussen will make his test debut in the first match of the series against England starting on Thursday.

The 30-year-old Van der Dussen will bat at number five, captain Faf du Plessis said on Wednesday, in the place of Temba Bavuma who has been ruled out with a hip injury.

Van der Dussen is one of six uncapped players named in the squad chosen for the first two matches of the four-test series against England.

He had played 18 one-day and nine Twenty20 internationals and was one of the few South Africans who impressed at this year’s World Cup in England.

“He was a mature cricketer when he started for us in ODIs and is someone who knows his game very well‚” Du Plessis said of Van der Dussen.

“He came into international cricket looking very comfortable and over the last season and a half has been very fruitful and scored a lot of runs in white ball cricket.

“He is calm and composed with the bat. You can just see it sometimes when someone is suited for international cricket and that’s been the case with him. I think he will be very much at home.”

Du Plessis said a decision on playing an extra bowler would be made on Thursday morning after assessing conditions at Centurion, Pretoria.

“We have asked for good wickets for this test series that offer both something to the bowler and batsmen,” the South Africa captain added.